Ben Shapiro is currently making the rounds as he promotes his new book, “The People Vs. Barack Obama: The Criminal Case Against the Obama Administration“. Having already read (and enjoyed) his last two books, I’m inclined to not only buy this one too, but suggest you grab it, as well.

Why? Because he’s unusually bright, he’s entertaining, …and he’s right most of the time.

Shapiro has been awfully busy since we covered his complete and utter evisceration of Piers Morgan on CNN last year. He’s launched the website for TruthRevolt.org in October of 2013 with David Horowitz, and successfully drafted some top-tier talent over there, as well. And he did all this while carrying-out his duties as Editor-At-Large of Breitbart.com.

Personally, in addition to reading his last couple of books, I’ve heard him (thanks to podcasting) fill-in for Jerry Doyle on Doyle’s radio show, be interviewed by Hugh Hewitt, and seen him appear on various cable news shows. In every case, Ben’s solid: often funny, always informed, and lightning quick. What comes across most clearly in these settings is just how thoroughly he’s chased-down his own ideology, and it’s why I’m highlighting a couple of examples below.

This first clip is quite recent, and has Shapiro commenting on (what else?) the Obama Administration and its chronic criminality:

END_OF_DOCUMENT_TOKEN_TO_BE_REPLACED

“People with Something to Hide”: the #IRS and Lois Lerner

Yes indeed: words spoken by none other than Barack Obama himself. Of course, that was back in 2010 when he was discussing Campaign Finance Reform, a concern which almost sounds quaint in comparison to the Scandal carousel this White House has since become.

Just the same, keep that quote in mind as you watch the following about our ol’ buddy, Lois “I-have-nothing-to-hide-so-I’m-Pleading-the-Fifth” Lerner from the IRS:

END_OF_DOCUMENT_TOKEN_TO_BE_REPLACED

When Obama speaks of “Freedom”, he doesn’t mean what you THINK he means…

“…Did you see that amazing football game this weekend?…”

That’s a question millions of Americans ask each other every week throughout the fall and early winter. Whether you prefer high school, college or the NFL is irrelevant: it is the nation’s unquestioned #1 sport, and everyone knows precisely what is meant upon hearing the question.

And yet: what happens if you ask the same question of an Englishman? Instantaneously, he’ll picture images of a soccer field in a rowdy stadium, with the latest exploits of Manchester United or some other local club replaying in his mind.

We purportedly speak the same language (English), and use the exact same word (“football”). The actual understood meanings of that word, however, are completely different.

And so it is with Barack Obama and “freedom”. Whenever he speaks of it, our president is supposedly speaking the same language as the country he leads, and yet “freedom” to Mr. Obama most certainly doesn’t mean what it does to you and me.

…and it certainly doesn’t mean what our Founders intended, either.

END_OF_DOCUMENT_TOKEN_TO_BE_REPLACED

OBAMA: in charge of Everything, not told Anything, & responsible for Nothing

His “Just Words” speech should have informed one-&-all, right then, that words were all he had…

Instead, it was hailed as incontrovertible proof of his future magnificence as president. And yet, after his “uhmm-errr-ahhhhh” fest in yesterday’s press conference, to say that he’s lost whatever shred of magic or credibility he once had would be a galactic understatement, at best.

A better description of it would go somewhere along these lines:

Plenty to cover here, so let’s go through these in no particular order:

END_OF_DOCUMENT_TOKEN_TO_BE_REPLACED

Gingrich Compares Obama to Clinton: “Obama Wants You To Feel His Pain” (Audio)

As if we really needed it, here’s yet MORE proof that our Commander-In-Chief is the biggest narcissist our nation has ever endured.

“Bill Clinton sits there – he waved at me once, Gingrich began, noting (to much laughter and applause) that he waved at his wife Calista three times. “Obama was sort of staring at the ceiling – enduring the time he had to spend with mere mortals.”

He went on compare and contrast the men’s speeches.

Clinton gave a fine, entertaining speech – “a perfect Clinton performance and you were totally absorbed…” and then “Obama got up and gave a relatively wooden speech”, Gingrich said.  “I suddenly realized watching the two of them in such a short time – Clinton felt your pain….Obama would like you to feel his pain.”

“To be under our constitutional system, a president has to be able…

Obama, Gettysburg, and a Revelation of Character

A tremendous writer, Mr. Ward is still relatively new to the blogging world and we strongly suggest that you bookmark his blog, right away.

Thanks for being here, Greg!

“In the end, Barack Obama simply didn’t have the stones.  It’s sad.  And telling.”

– (Donald Gilliland, a journalist for the Patriot News in Harrisburg, PA). 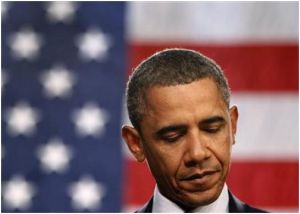 President Obama angered and disappointed many by announcing recently he would not be attending the 150th anniversary celebration of the Gettysburg Address on November 19th.

“…Instead, he is sending us a little-known Cabinet member to do the job of a president, of a statesman, of an orator.

President Obama’s retreat from Gettysburg will linger, long and bitter…”

Does our Nobel Laureate President lack the “stones”? What could possibly cause the self-proclaimed healer of the planet to miss an opportunity to give a speech commemorating one of our nation’s greatest moments? Indeed, Mr. Obama loves to compare himself to Mr. Lincoln, even taking the oath of office using Lincoln’s bible. How to explain this strange decision by the President?

END_OF_DOCUMENT_TOKEN_TO_BE_REPLACED

“They Know Better, Inc®” – Why Liberal Democrats believe they should run our lives… 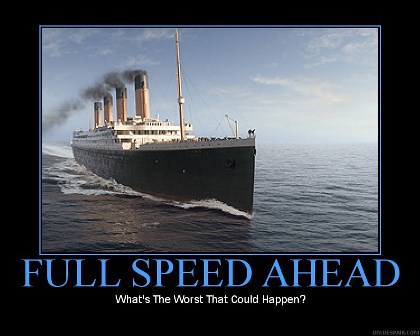 Much has been made of the woeful Obamacare Exchange website, and rightfully so: it’s almost inconceivably bad. But it’s not the website that we should be focusing on, really, but what the website (and ultimately Obamacare itself) actually represents. Namely, the overwhelming hubris which so completely defines the Leftists/Statists who are now in charge of our nation.

As we detailed yesterday, the newest White House/Liberal Media talking point on Obamacare is, essentially, “Your old plans were junk, and you should be GLAD to be rid of them”.

Or, shorter: “We know better than you”.

And yet as evidenced by the initial roll-out, how much could they know? Obviously, not nearly as much as they THINK they know.

END_OF_DOCUMENT_TOKEN_TO_BE_REPLACED

The examples are everywhere: