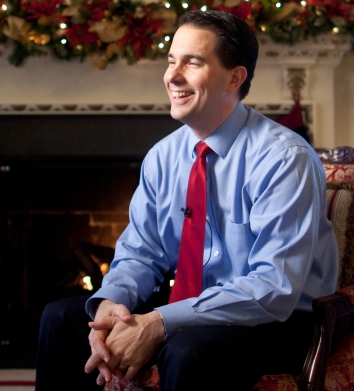 The fact that Governor Walker has turned Wisconsin around so rapidly, DESPITE such lockstep opposition from the Left, makes his results all the more impressive. Once he wins reelection in November (and he will), watch for him to be one of the favorites to win the GOP nomination for President in 2016…

Then they mounted a campaign to recall Walker. And lost.

Then they tried to use the force of government to intimidate and harass Walker supporters. And lost.

Now they’re running another candidate against Walker but he may have cut them off at the pass.

Noam Scheiber makes a good case for the importance of the Wisconsin governor’s race at the New Republic. But the most interesting thing comes in what Scheiber, perhaps inadvertently, admits. Referring to the limitations on public employee union bargaining imposed by Governor Scott Walker and the Republican legislature, Scheiber writes, “He’s effectively defunded a key Democratic constituency.”

Andrea Tantaros: I will not apologize for criticizing radical Islamic jihadism 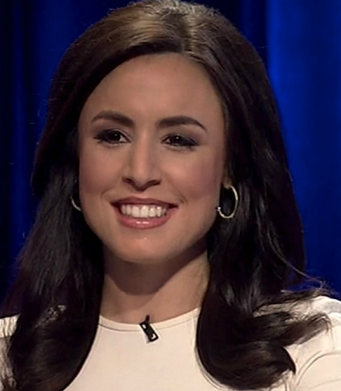 These days, NOT instinctively apologizing for any/all things is incredibly rare. Kudos to Ms. Tantaros here….

President Lob Wedge, doing what he does best….

Megyn Kelly has been on a tear for the past couple of days because of the president’s decision to go on another fundraising junket this weekend, while ISIS continues its assaults in Syria and Iraq, and Russia invades the Ukraine.

Thursday night, she had on frequent guest, Fox News’digital political editor Chris Stirewalt to talk about Obama’s admission that he has “no strategy” to go after ISIS and its safe haven in Syria.

“Not to worry,” she quipped. “He is spending all day tomorrow in the Situation Room…..oh – wait….”

No, the president will be off to another series of fund raisers, while, “there’s just a few Americans waiting to have their heads cut off in the custody of this terror group,” Kelly said, apologizing for being flippant but calling the situation “disturbing.”

Stirewalt snarked, “so the president’s the president wherever he goes and  he’ll be able to destroy the whole…

Redacted scripture for a liberal world

This whole ridiculous furor over Burger King (or ANY company which is merely trying to survive right now) is a classic example of ignoring the message and “shooting the messenger”….

The Obama years have produced a whole new dynamic when it comes to the way we view the economy.

Team Obama sees two economies that compete with each other: the public economy vs. the private economy.

The public economy, which is funded by taxpayers, has historically been viewed as the servant of the private economy. No longer.

The president makes it clear to entrepreneurs, innovators, and small business owners that they “did not build” their businesses or invent their inventions by themselves. They need to give equal credit to the public economy.

The patent office deserves just as much credit as Edison for inventing the light bulb, goes the thinking.

As Mr. Obama tends to do, he pits groups against each other, in this case, the producers against the bureaucrats. He makes it clear his desire to redistribute resources from those who earned it in the private…

This simply could NOT have been an accident: no way, no how….

Is A Ministry Of Truth In Our Future?

At this point, the question is no longer “if” this will happen: it’s “when”….