It’s been a long week, folks, and tonight it seems self-evident that there is nothing I could possibly say here that is more important than what was said on Kuyperian Commentary last week:

“A thousand friends are too few; one enemy is one too many.”

“As the hostile situation in the Middle East continues to escalate, our Christian brothers and sisters are being killed for taking the name of our Lord. Each day we read reports of violent deaths, beheadings, and the desolation of Christian communities throughout Iraq. In the northern region of Kurdistan, home to the Kurdish people, our Christians brothers and sisters have become refugees sheltering in besieged villages and towns.

“Kurdistan, very nearly the last sanctuary for Christians in the Muslim Middle East, is now under siege by the Ji’hadi terrorist forces of ISIS. Tens of thousands of refugees from the rest of Iraq and Syria are now threatened–along with the dynamic Kurdish Christian communities.

“The Nuun Fund has been established to speed urgently needed gifts to our friends at the Classical School of the Medes in the cities of Erbil, Dohuk, and Sulaymaniyah. Thanks to the work of the Nuun Fund relief supplies are starting to make their way to our brothers and sisters and the refugees they are caring for in Kurdistan.

Will you be a friend to the Christians in Iraq? Will you commit to prayer and to giving? Click here to give today!“

To read the rest of this post, dated August 13, 2014, including a plea from Pastor George Grant, click here.

And thanks for praying, and giving.

My Prayer for America

This Easter helped me put some things I’ve been thinking about into perspective.

I realize that we’re up against some seriously evil powers intent on destroying everything decent in our nation, with good people and institutions all that stands in their way. However, we can’t defeat those who wish us harm all by ourselves, and must turn to God if we expect to win this fight for the soul of America. 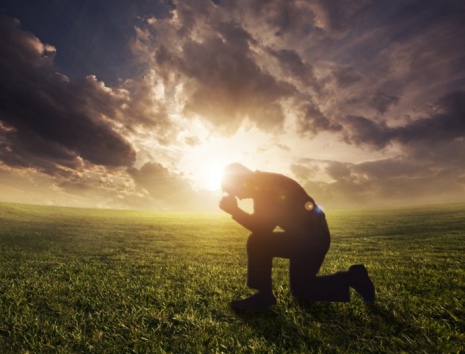 So here is my heartfelt prayer for this country of ours:

END_OF_DOCUMENT_TOKEN_TO_BE_REPLACED

#HobbyLobby’s fight for freedom, and how it’s being misrepresented (again) by the Media

This isn’t supposed to be how freedom works.

It’s not supposed to come down to one decision that’ll allow the Federal Government to remove our God-given rights and turn our lives upside down. Yet back in June of 2012 that’s exactly what happened, when the Affordable Care Act was given the go-ahead by the Supreme Court.

And as tragic as that day was, here we are (again) battling another aspect of the same insatiable, freedom-eviscerating law.

END_OF_DOCUMENT_TOKEN_TO_BE_REPLACED

Of course: White House argues that Nuns are NOT exempt from birth control mandate…

If anyone was surprised about this, they shouldn’t be.

(via LIFENEWS.com) – The Obama administration has filed legal papers appealing a decision by the Supreme Court to protect a group of Catholic nuns from being forced to obey the controversial birth control mandate.

As LifeNews reported this week, in a huge 11th-hour victory for pro-life advocates, the Supreme Court issued an order late Tuesday night stopping the Obama administration from forcing a group of Catholic nuns to obey the HHS mandate that compels them to pay for abortion-causing drugs and birth control.

In an interview after the decision, the White House said forcing the Catholic nuns to pay for those objectionable things that run counter to Catholic Church pro-life teachings strike’s the right “balance.”

END_OF_DOCUMENT_TOKEN_TO_BE_REPLACED

An older but highly pertinent post from one of our ‘Guest Noggins’, Greg Ward.

We often hear the adage “those who fail to learn from History are doomed to Repeat it“. Too bad that, even now, people fail to take its meaning to heart.

Persecution is to be Expected

A Muslim man shoots two Egyptian Coptic Christians at point-blank range, then cuts off their hands and heads.  That must have happened…this week in Cairo?

No. Back in February.

Granted, the Christians were recent immigrants…after all, most of the violence is confined to Egypt–isn’t it?

Except–since January, there have been killings in these African countries, too: Algeria, Cameroon, Central African Republic, Eritrea, Kenya, Nigeria, Somalia, and Tanzania. At ChristianPersecution.info, you can find 19 articles since April of this year about persecution against African Christians.

END_OF_DOCUMENT_TOKEN_TO_BE_REPLACED

“The Left vs. our Military Chaplains”: Political Correctness is the new god of the State

A while back, we covered a statement from the Pentagon which confirmed that soldiers could be prosecuted for promoting their faith. This seemed to endanger the role of chaplains in military service, since reaching out to soldiers from a religious perspective is part and parcel of their vocation and their training.

A quote from the military site, Stars and Stripes:

What it comes down to, officials said, is that discussing matters of faith and religious practice with a willing audience is allowed, but pushing religious beliefs on those who don’t want to hear it is a form of harassment forbidden under Defense Department policies.

While I strongly disagree that having a man of the cloth reach out to a non-believer equates to “pushing” one’s religious beliefs, if that’s how the military wants it, so be it.

But the following article takes that decision …and basically beats military chaplains over the head with it.

END_OF_DOCUMENT_TOKEN_TO_BE_REPLACED

Commercial removes “endowed by their #Creator” from the Declaration of Independence…

This story is actually less about what happened, and more about WHY it happened.

In case you missed it, Samuel Adams Beer® (named after one of the signers of the Declaration of Independence) decided to omit the phrase “endowed by their Creator” in a recent commercial which quoted that key line of text from the Declaration.

Now, if that’s all there was to the story, it wouldn’t be that big of a story. To be fair, there’s nothing listed anywhere that mandates someone has to quote our founding documents verbatim in a commercial. However, this is just the beginning.