Pentagon: Soldiers may be prosecuted for “Promoting their Faith”

It seems that the remaking of our military by Obama & Company has taken a decidedly darker turn, as they are now seeking to criminalize expressions of faith.

The Pentagon has released a statement confirming that soldiers could be prosecuted for promoting their faith: “Religious proselytization is not permitted within the Department of Defense… Court-martials and non-judicial punishments are decided on a case-by-case basis…”.

Being convicted in a court-martial means that a soldier has committed a crime under federal military law. Punishment for a court-martial can include imprisonment and being dishonorably discharged from the military.

So let me get this straight: If a soldier discusses his faith with another soldier, even a friend, he can now be… court-martialed?

And some folks thought I was overreacting last year when I said that the militant Leftist push (e.g. the Obamacare contraception mandate, among others…) to be free FROM religion was a sign that our society was fighting a very real battle for our national soul. Well, …here we are. 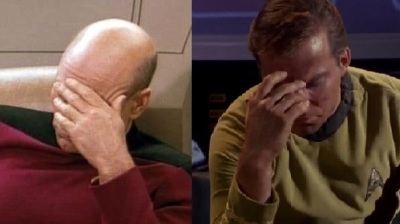 One of the cretins behind this anti-religious (and primarily anti-Christian) extremism is Mikey Weinstein. From a previous report courtesy of Breitbart.com:

“Today, we face incredibly well-funded gangs of fundamentalist Christian monsters who terrorize their fellow Americans by forcing their weaponized and twisted version of Christianity upon their helpless subordinates in our nation’s armed forces.”

Those words were recently written by Mikey Weinstein, founder of the Military Religious Freedom Foundation (MRFF), in a column he wrote for the Huffington Post. Weinstein will be a consultant to the Pentagon to develop new policies on religious tolerance, including a policy for court-martialing military chaplains who share the Christian Gospel during spiritual counseling of American troops.

Weinstein decries what he calls the “virulent religious oppression” perpetrated by conservative Christians, whom he refers to as “monstrosities” and “pitiable unconstitutional carpetbaggers,” comparing them to “bigots” in the Deep South during the civil rights era.

He cites Dr. James Dobson—the famous Christian founder of Focus on the Family—as “illustrating the extremist, militant nature of these virulently homophobic organizations’ rhetorically-charged propaganda.” Regarding those who teach orthodox Christian beliefs from the Bible, Weinstein concludes, “Let’s call these ignoble actions what they are: the senseless and cowardly squallings of human monsters.”

So, the dude from the Military Religious Freedom Foundation (GREAT name, by the way…) says that conservative Christians are, among other epithets, monstrosities? Golly, doesn’t that sound wonderfully ‘inclusive’, ‘tolerant’, and ‘non-judgmental’ to you? No? Then you must undoubtedly belong to one of those “gangs of fundamentalist Christian monsters”.

Weinstein is a really a piece of work. Is it any wonder that President Unifier drafted him to help write the military’s new policies on religious ‘tolerance’??

If ever there were a profession for which prayer could provide comfort and solace, it’s for soldiers. I’ll assume that Mr. Weinstein is unfamiliar with the proverb “There are no atheists in foxholes“? Yes, it’s just a saying…, and one that has endured, due to the truth behind it.

Being the son of a Naval officer, I am well aware of the rigors and sacrifice our fighting men/women endure, in times of both war and peace. Perhaps that’s why I fail to see how this practice will do anything to assist in their morale or well-being. If anything, it will simply add to a sense of paranoia throughout the military, lest someone accidentally let slip a mumbled prayer which could be overheard by their neighbor.

Yeah, this is gonna work out just dandy.

One more thing: I wasn’t exaggerating when I bid adieu to Fr. Mulcahy at the start of this, either:

This regulation would severely limit expressions of faith in the military, even on a one-to-one basis between close friends. It could also effectively abolish the position of chaplain in the military, as it would not allow chaplains (or any service members, for that matter), to say anything about their faith that others say led them to think they were being encouraged to make faith part of their life.

It’s difficult to imagine how a member of the clergy could give spiritual counseling without saying anything that might be perceived in that fashion.

Our country was established by those who were seeking freedom OF religion, since their homeland had become hostile to them in this most essential area of their lives.

Yet it appears as if the Obama Administration, rather than learning from our history, is seeking to repeat it.

(via Ed at HotAir.com) – “Did the Pentagon bar Christians from talking about their faith while serving in the military? Not exactly, but a new push to aggressively stop proselytizing has chaplains nervous, according to the Deseret News:”

Ed doesn’t think this is particularly serious. Me? I’m not so sure.

Breitbart.com originally broke this story, and they were just vindicated as to their “Pigford” story. That one ran 100% counter to the Media narrative then, as well.

This administration has done nothing to engender my trust in five years, so I’ll remain cautiously skeptical here until this plays out a bit further.

I’m hopeful this is just a big misunderstanding, even if I doubt that to be the case. One thing is for certain: our men and women in uniform don’t need another headache to deal with right now.

21 responses to “Pentagon: Soldiers may be prosecuted for “Promoting their Faith””