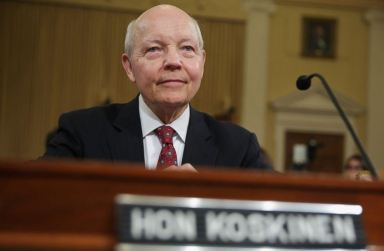 Have you ever wondered what the operative definition of “supercilious” was? How about “imperious“? “High-handed“, perhaps? Well, IRS Commissioner John Koskinen’s testimony today is as good an example of all of those as I could have provided previously:

“…I have a long career, that’s the first time anybody has said they don’t believe me…”

Based on the laughable claims you are currently making, Mr. Koskinen, I’d offer that such a description is likely long, long overdue:

END_OF_DOCUMENT_TOKEN_TO_BE_REPLACED

What is the point of Gun Registration?

Recently, a federal judge upheld a law in Washington, D.C. requiring guns be registered every three years (among other things). Taken in conjunction with Connecticut’s “assault weapons” registration law which just went into effect January 1st, they portend ill-tidings for both the Second Amendment and our country itself.

Still, you might ask:  “What IS the problem with registration”? And if you did, I’d answer, “How much do you know about the Supreme Court decision entitled U.S. v. Haynes – 1968“?

Clayton Cramer wrote a fascinating article on the subject that I read at Firearms and Liberty.  His summary of the case is as follows:

“In Haynes v. U.S. (1968), a Miles Edward Haynes appealed his conviction for unlawful possession of an unregistered short-barreled shotgun.

His argument was ingenious:

END_OF_DOCUMENT_TOKEN_TO_BE_REPLACED

“Competence”: City Gov’t installs Dozens of Street Signs, …ALL with the Wrong Info

Government incompetence is almost ubiquitous these days, and it isn’t limited to the Feds by any stretch. Our local municipalities are more than capable of bollixing things just as thoroughly as the big boys on Capitol Hill.

(via Yahoo! News) – WFXT Fox 25 received a viewer tip that uncovered dozens of erroneous new signs that were placed around Boston, Massachusetts last summer. Mike Beaudet from WFXT’s Fox Undercover looked into the tip and found how wide-spread the problem was.

END_OF_DOCUMENT_TOKEN_TO_BE_REPLACED

A couple NSA-related news articles from the last few days which, for whatever reason, haven’t generated nearly enough buzz:

(via USA Today) – The National Security Agency, and revelations about its extensive surveillance operations — sometimes with the cooperation of tech firms — have undermined the ability of many U.S. companies to sell products in key foreign countries, creating a fissure with the U.S. government and prompting some to scramble to create “NSA-resistant” products. The fallout could cost the tech industry billions of dollars in potential contracts, which has executives seething at the White House.

END_OF_DOCUMENT_TOKEN_TO_BE_REPLACED

Obama’s Warped Vision of ‘Life, Liberty and the Pursuit of Happiness’

Posted on February 27, 2014 by Robert Lockard, the Deja Reviewer | 8 comments

It is plainly evident that President Barack Obama doesn’t respect the Constitution of the United States. He’s content to sidestep Congress in order to illegally appoint people to Cabinet positions, change existing laws on his latest whim, and completely ignore laws with which he doesn’t agree.

Why is he setting so many dangerous precedents? Even if you favor his policies, it should concern all of us that he’s being so brazen in overstepping his Constitutional authority to implement them. 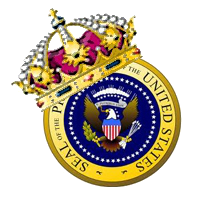 END_OF_DOCUMENT_TOKEN_TO_BE_REPLACED

Congratulations, Government! Once again you have saved us from the evil clutches of Capitalism and Entrepreneurship, coming to us this time in the guise of an innocent-looking 11-year-old girl.

Why, if you hadn’t stepped in and ruthlessly CRUSHED her successful venture, we might have actually purchased some of these tasty treats, and accidentally enjoyed ourselves! Worse, this young tot might have learned to become self-sufficient and not needed government assistance later in life!

END_OF_DOCUMENT_TOKEN_TO_BE_REPLACED

If the President COULDN’T Lie, …What Would You Ask Him?

Today we’re honored to have another offering from our friend, the Deja Reviewer! And given the upcoming State Of The Union Speech, this post is particularly timely.

In the 1997 comedy Liar Liar, Jim Carrey plays a dishonest lawyer named Fletcher who is dismayed when he finds himself unable to lie about even the smallest thing one day. This setup results in numerous memorable gags and funny jokes.

One of my favorites is when he drives like a maniac and gets pulled over by a police officer. He’s forced to relate every little misdeed he had just done, such as speeding, changing lanes without signaling, nearly hitting pedestrians, and more. But that’s not all.

The cop then asks if there’s “anything else?”, and Fletcher grudgingly admits that he’s accumulated dozens of unpaid parking tickets, and they’re hidden in the glove compartment.

After this deluge of painful confessions, he sinks into his seat and quietly says, “Be gentle.”

END_OF_DOCUMENT_TOKEN_TO_BE_REPLACED

You knew it was coming: “MANDATORY Marriage Counseling”

Seriously, if the State can redefine what marriage is, this was merely a matter of time:

As if getting married wasn’t complicated enough, a proposed ballot initiative would require mandatory pre-wedding education before couples could say “I do.”