Gullibility and the Media: “The More Things Change…”

I wrote this paragraph in my first official post on this blog, published over a year ago. It is disturbingly unchanged:

I continue to shake my head in bewilderment at the willful gullibility of so many Americans. We are jaded and cynical about so many things–God and marriage perhaps topping the list–and yet too many are willing to accept the media’s slant on every critical issue in sight.

Really? No doubts? No wondering whether there might be some bias, some personal axe-grinding or palm-greasing going on behind the scenes? We should just nod and smile at each new presidential or congressional fiat attempt, and go back to watching The Biggest Loser.

(OK, I take it back. You should probably scratch out The Biggest Loser and substitute The Voice or Game of Thrones.)

So yesterday when my brother mentioned this Salon.com sub-headline:

“While DC fixates on whether Obama is worse than Nixon, polls show the public likes the president more and more“

I groaned, thinking about the afore-mentioned gullibility. Here’s another stomach-turning quote from that same Salon article:

“Americans trust President Obama’s version of events when it comes to the Benghazi and IRS controversies.

I expected polls to show people believe the president on these issues, but I’ll admit I was surprised to see his approval rating actually ticked up a bit despite the constant drumbeat of scandal.

But it did — and that should force the media to look in the mirror, though it probably won’t.”

This is liberal media chiding…liberal media. Why? Apparently for reporting on truth, even though the American people may not like or agree with them. Did I miss something? What in the world does Obama’s approval rating have to do with reporting facts, anyway?

Can’t you just picture the outcry when the first reports of mass murders in the death camps hit the front pages?  “What are you thinking? Don’t you know that Hitler’s approval rating in Germany is showing an uptick?”

Now, lest you think I’m going to rant about our national idolization of power, or about the president’s apparent charisma…I’m not.  What I’m really incensed about is the misleading slant to the Salon.com article I just quoted…I wonder whether they really believe their own propaganda?

How could anyone with any integrity write “The public likes the president more and more” and not duck to avoid bolts of lightning? 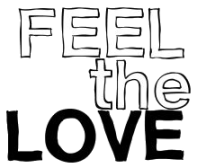 One need only consider Gallup.com’s weekly presidential approval polls to see that this is a truly risible statement.  President Obama’s highest rating ever? 67%…the week he was elected. He has gone steadily downhill ever since, hitting 50% just seven months after being elected.  He has fluctuated between a low of 40% and a recent high of 57% (last December), but has stayed basically between 45 – 51% for most of his time in office.The past two weeks he holds steady at 49%, down from 51% the week of April 22 (highest rating since February 18, when it was also 51%).

Which means that his disapproval numbers have also been consistent, ranging from 40 to 46% every week since the beginning of 2013, holding steady at 44% for the past three weeks. (*NOTE: Between 5 and 9% have “no opinion”…and that’s held steady since April 2009, three months after B.O. took office.)

This doesn’t tell me that “more and more” people like and/or trust our president.  This tells me that we continue to be a deeply divided nation with strong views pro or con, plus a relatively small number of vacillating waiverers who keep things ‘interesting.’ 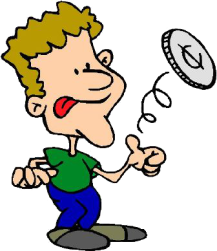 Salon.com thinks the mainstream media have been much too hard on poor President Obama, and have overplayed the dastardly Republican smear campaign as “Scandalgate”…and their overarching proof of this?

“Outside of the Republican base, most Americans like and trust the president, and that remains an asset even during times of real or pseudo-scandal.”

This makes as much sense as saying, “Outside of women, most Americans are men.”   The implication here is that the “Republican base” is a tiny sliver of the pie. However, as the Pew Research Center data for 2012 shows,:

“The Democrats now have a five-point lead in party affiliation among registered voters when independents who lean to either party are included (48% to 43%). That is down from a 12-point advantage in 2008 (51% to 39%).”

That 48/43 ratio coincides almost exactly with the current presidential approval rating.  So statements that suggest President Obama has the trust of a significant majority of this country are either naive or deeply disingenuous. There is every indication that at least half of the country does NOT trust him.

Which of course begs the question:  Does it matter whether people choose to trust a man who has proven to be un-trustworthy?

No matter what your answer is to that last question, a deeper one remains: Why do people choose to trust such a person? Ignorance? Apathy? Celebrity crush? Or (getting back to my opening paragraph) …gullibility?

And if the media keep telling us that our president is well-loved…some of us are bound to believe them, …right? 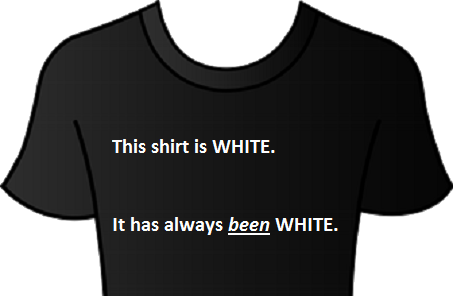 8 responses to “Gullibility and the Media: “The More Things Change…””