A couple NSA-related news articles from the last few days which, for whatever reason, haven’t generated nearly enough buzz:

(via USA Today) – The National Security Agency, and revelations about its extensive surveillance operations — sometimes with the cooperation of tech firms — have undermined the ability of many U.S. companies to sell products in key foreign countries, creating a fissure with the U.S. government and prompting some to scramble to create “NSA-resistant” products. The fallout could cost the tech industry billions of dollars in potential contracts, which has executives seething at the White House.

Many tech companies feel they have no choice but to try to develop NSA-resistant products because customers from China to Germany threaten to boycott American hardware and cloud services they view as compromised.

Yahoo plans to have all its data encrypted by March to make it more difficult for unauthorized parties to decipher data.

Google intensified its program to encrypt data passed between data centers — physical facilities scattered across the globe that house computer systems — and telecommunications and storage systems. It also employs network links between data centers that run at high speeds — typically on its own fiber-optic lines — that are harder to tap, according to a source familiar with the company’s plans but not authorized to speak publicly about them.

Facebook has added an encryption method that limits access to data even if a security key is breached.

First of all, it’s sad that such steps are even necessary. And secondly, it IS nice to see the market responding to this threat. But it’s depressing to admit that, once again, the threat is one of our own federal government agencies. 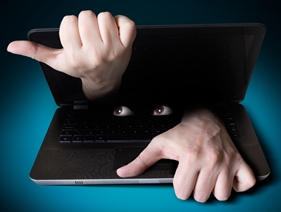 Then we have our next little news snippet, which begs the question: WHY? Of all the places they could snoop, why here?

I mean, this can’t possibly be the most likely place to locate “terrorists”, …can it?

(via Time) – A British spy agency collected millions of still images while eavesdropping on Yahoo webcam chats by citizens of the U.K., the U.S. and other countries, according to a new report Thursday.

Citing documents leaked by former NSA contractor Edward Snowden, the Guardian reports that the British program known as “Optic Nerve” was designed to test and improve the agency’s facial recognition software capabilities. According to the documents, the British spy agency  GCHQ snooped on “unselected” Yahoo users—that is, people who were spied on at random regardless of whether or not they were suspected of any wrongdoing—during webcam chats and took millions of still shots at five-minute intervals.

The GCHQ does not have the technical capability to ensure that no images of British or American citizens were included in the bulk collection, the Guardian reports, and proper legal authorization is required for GCHQ to conduct data searches on people likely to be in the U.K. at the time.

Hey, no worries, though! I’m sure that this was limited to just the British citizenry. Seriously, what are the odds that the NSA would do something like this here? Right?

Anyway, both of these items (as well as THIS little newsflash) reminded me of something which came out last year and tragically gets more appropriate with each passing day.

Hats off to Remy at ReasonTV for absolutely nailing this one: