“…Harry Potter is back — mysterious, married, and going grey.

J.K. Rowling has given fans a glimpse of the grown-up boy wizard in a new story posted Tuesday on her Pottermore website. It’s the first update since Harry Potter and the Deathly Hallows was published in 2007, but Rowling spokesman Mark Hutchinson said there are “no plans” for a new Potter novel.

The 1,500-word story describes Harry, about to turn 34, attending the final of the Quidditch World Cup with his family and old friends Ron and Hermione. Harry now has “threads of silver” in his hair and a mysterious cut on his cheekbone, related to his “top secret” work as an evil-battling Auror.

The story is written in the style of a gossip column for the Daily Prophet by reporter Rita Skeeter, a minor character in the novels…”

Go ahead and count me among the unabashed fans of Rowling’s famous book series. I’m a bit more ambivalent about the movies, but that’s beside the point. The books drove this particular train, and to me the characters resonated despite the movies, not primarily because of them. 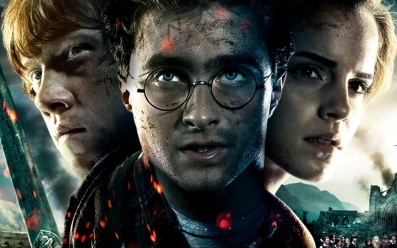 For instance, The Order of the Phoenix was easily one of my favorites of the books, yet I thought it was easily the absolute worst of the eight films. Of course, as we’re seeing with the current ‘Hobbit‘ trilogy, this sort of thing happens all too easily with movie adaptations.

Given enough time and space, I truly believe that Rowling will eventually pen a real sequel to the original ‘Potter’ stories. The potential possibilities for story-lines would seem to be plentiful, with an adult Harry working as an Auror, still friends with Ron and Hermione, etc.,… I’d even guess that Harry’s creator (and/or her agent) is likely fielding volunteered ideas from fans on a weekly basis, if not daily.

Of course, how quickly another book shows up may depend on how well the planned movie version of Rowling’s Harry Potter companion piece, ‘Fantastic Beasts and Where to Find Them’, does at the theater someday.

So until any of that finally comes to pass, …I have a bit of reading to do.