A quick reminder about Social Interaction (via cartoonist Steve Kelley)

How many of us are guilty of this, even just occasionally?

Just a little reminder, from one perpetrator to another…

Man saves dog from drowning, …before he saves his wife? 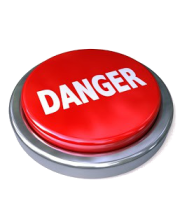 Picture this: you, your wife and your pet are all taking a boat ride when it capsizes. You’re all wearing life jackets (even the pet), but you can’t assist both your pet and your wife to shore simultaneously.

Whom do you choose to save first: your pet, or your spouse?

END_OF_DOCUMENT_TOKEN_TO_BE_REPLACED

As the father of two boys, I have lamented the decline of civil society here before, including the lack of men behaving as men, lack of manners being taught to children, and the increasing willingness of men and women alike to leach off of others.

These are all big issues, and admittedly I have no idea how to combat them on a big scale.

However, the story I have today is just a tiny tale, a mere vignette. And maybe if it says anything, it’s that you or I don’t need to combat these issues on a ‘big’ scale, if ALL of us combat them on a small one.

On Saturday, I’d left the local shopping mall and was now in my car at the end of a lengthy line, waiting for the traffic light to change. Once the signal finally turned green, I noticed that my lane was hardly moving at all.

After a second, a third, and then a fourth cycle of the traffic light, I finally made it down close enough to see what the problem was: a car (containing a mother with her three kids) was stopped in my lane with her hazard lights on.

END_OF_DOCUMENT_TOKEN_TO_BE_REPLACED

However, he could just as easily been commenting on any deviant behavior which has become socially acceptable today–due in part to the incessant barrage of media portrayals of these behaviors as normal, and due in part to the demands of “politically correct speech” and our ingrained fear of seeming ‘judgmental’. END_OF_DOCUMENT_TOKEN_TO_BE_REPLACED

“A-B-C”, and other secrets to Obama’s victory (plus what WE need to do going forward)

Been reading through all of the election post-mortems, just trying to learn as much about why President Free-Stuff won and what this portends for our country. What I’ve found is ….interesting.

One of the better pieces thus far was from Slate.com, of all places. Not one of my usual ‘go-to’ sites, but I can’t argue with much of John Dickerson’s assessment.

Of the nine battleground states that were up for grabs, Obama won seven of them, losing only North Carolina (Florida remains to be called). But while Obama won those states, he didn’t crush it; he won instead, a string of precise narrow victories. He didn’t win because his leadership during Hurricane Sandy blew all those swing votes his way (though it may have helped). The president won because he ran a permanent campaign, keeping his offices open in the battleground states from his 2008 campaign, tending his coalition assiduously, and because he relentlessly defined his opponent. His was the better campaign. The Democratic candidate of “hope and change” beat the big business Republican in the trenches, in one state after another.

END_OF_DOCUMENT_TOKEN_TO_BE_REPLACED

This will make you Smile….

As the expression goes , Read it and weep.

“Brendan Haas earned a prize any young kid would appreciate — an all-expenses paid trip to Disney World. Instead of going, though, the Massachusetts boy gave the vacation to the family of a soldier killed in Afghanistan.”