Whenever you hear the word “Benghazi”, PLEASE keep this Obama quote in mind…

This has been eating at me ever since Obama said it, back in October of 2012. 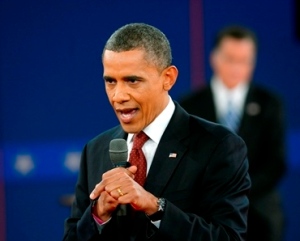 But before you watch it, do me a favor: don’t focus just on WHAT he says here, but also on HOW he says it. He is very deliberate. Haughty. Self-righteous. Barack was “in high dudgeon”, as a relative of mine used to say.

And despite all that, he was also lying through his expensively whitened teeth:

END_OF_DOCUMENT_TOKEN_TO_BE_REPLACED

The next time someone mentions #Benghazi, PLEASE keep this Obama quote in mind…

This has been eating at me ever since Obama said it, back in October of 2012.

But before you watch it, do me a favor: don’t focus just on WHAT he says here, but also on HOW he says it. He is very deliberate. Haughty. Self-righteous. Barack was “in high dudgeon”, as a relative of mine used to say.

And despite all that, he was also lying through his expensively whitened teeth:

END_OF_DOCUMENT_TOKEN_TO_BE_REPLACED

Benghazi: WHAT did the President know, and WHEN did he know it?

It’s been a loooo-ooong week: Unemployment looking as dire as ever, …..and the general silliness to which the Obama campaign has reduced itself. 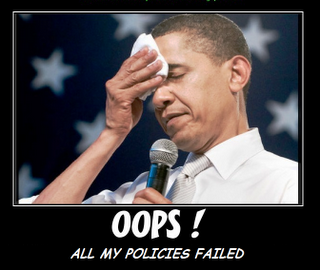 So let me distill it for you: the most important thing to remember out of the week is, …THIS:

Last night, during the second Presidential debate, President Obama and Mitt Romney engaged in one of the most heated exchanges of the campaign yet.  When asked by an audience member about the lack of enhanced security in Benghazi prior to the attack on the Libyan embassy, President Obama stammered through a lame response that ultimately failed to address the question.

When Romney attempted to address the President’s inconsistencies in his excuse making, the moderator managed to forget her position and came to the aid of the President.

(Video courtesy of AceOfSpadesHQ and RevealingPolitics.com)

It’s not like this is a complicated question. Actually, if either of my two sons avoided a question to this degree, I’d automatically assume they were guilty of whatever I asked.

UPDATE: Over at HotAir.com, Allahpundit weighs in on this:

The deep scandal is sending a U.S. ambassador into a jihadi hive protected by a skeleton crew of possibly treacherous locals supervised by a notably inexperienced contractor. Stevens was a sitting duck. And the next time the Unicorn Prince feigns outrage by claiming it’s “offensive” to accuse him of playing politics with what happened, Romney had very well better point that out.

On the offensiveness scale, leaving the U.S. ambassador to suffocate to death while jihadi degenerates overrun his threadbare security detail ranks a wee bit higher than accusing Barack Obama of — gasp — focusing unduly on his own reelection.

Wednesday night was this election cycle’s first debate between President Obama and Governor Romney, and I’m struggling for ways to place it into historical context for comparison:

This was a massacre so complete, the CNN & MSNBC crews were both in full freak-out mode immediately as it ended. What else can you call it when you have James Carville saying, “Mitt Romney came in with a Chainsaw?”,  and Chris Matthews is spitting the words, “What was Romney doing? He was winning”.

They saw what I saw: Romney was warm (yes, warm), highly prepared, and had an almost unnatural grasp of the facts and data. He was respectful of the President without being obsequious.  Romney didn’t miss a step the entire night, and you could tell he was enjoying himself out there.

Conversely, Obama looked like the guy who can’t decide what to order on the menu.

I admit: it was awfully entertaining.

On Twitter, the best lines were coming from the pros, and no one was enjoying himself more than Dennis Miller:

Romney keeps this up Obama's gonna vote for him.

Obama is taking on water in all front four compartments. He's listing…Bruce Ismay is dressing up as a woman.

Romney is stomping him like a narc at a biker rally.

Obama better hope a Kicked Ass is covered under Obamacare.

However, I’d be remiss if I didn’t include these two instant classics:

That wasn't a debate so much as Mitt Romney just took Obama for a cross country drive strapped to the roof of his car.

Now, if you somehow missed the excitement last night (and if you did, seriously: what were you thinking?!?), here’s the debate, in its entirety:

And, last but not least, there’s this:

In CNN’s flash-poll last night, there was one stat that trumps all the rest (and the rest are pretty good, too): among the Independent voters polled, Romney juuuuust nudged past Obama by a 75-17 margin.

This is all about momentum; nothing’s been decided yet. But, in a race that is statistically tied, a complete drubbing plays into the psychology of both the candidates and the voters. No question: there were some fence-sitters who are now firmly on the Romney/Ryan side after last night. 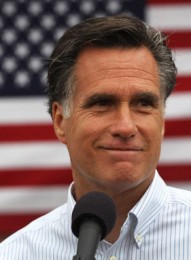