Why are there no “Liberal Browncoats”?

I’ve followed John Hayward’s writing since his early days over on HotAir.com, when he went by “Doctor Zero”. He specialized in wonderful and inventive pieces, seamlessly melding pop culture and classic references into posts that made me wish like crazy I’d written them.

“…A few days ago, I was chatting with a friend of liberal persuasion about the cult-classic TV series “Firefly” – which, particularly in its concluding theatrical film, is one of pop culture’s strongest parables about libertarianism and rebellion against authority.  If you’re unfamiliar with the show, it was a science-fiction program about a space-faring band of lovable rogues, some of whom fought in a losing rebellion against their totalitarian government.  The rebels were known as “Browncoats,” which also became a nickname for fans of the show. 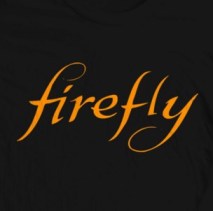 END_OF_DOCUMENT_TOKEN_TO_BE_REPLACED

Clearly Their Mental State is Not Normal

Posted on September 6, 2013 by justturnright | 3 comments

A brilliant post from our buddy Greg, over at “In Veritate Fortitudo“…..