One of our favorites: “Cello Wars” (The Piano Guys’ brilliant #StarWars parody)

We highlighted this waaaay back around the time it was released, but decided to give it a second showing today for a few reasons:

END_OF_DOCUMENT_TOKEN_TO_BE_REPLACED

In my humble opinion, this is still one of the all-time best comedy bits, ever.

Growing up, we kept our LPs*** stored in a new (at the time) GE Stereophonic Console in the living room, and as a kid I went through them all: Henry Mancini, Sing Along with Mitch Miller!, dozens of sundry Christmas albums, Bill Cosby, ….and Bob Newhart.

Below is probably the very first comedy routine I ever heard, and the parent album won a Grammy Award back in 1961. Yet it’s a testament to its simple brilliance that it still works perfectly 50+ years later.

END_OF_DOCUMENT_TOKEN_TO_BE_REPLACED

I hope ‘Incredibles: 2’ is at least pretty good, because the original WAS ‘Incredible’…

In case you (somehow) hadn’t heard, one of the best family films in recent memory will finally get its sequel:

(via Total Film) – “…Yep, The Incredibles 2 is a reality, and we couldn’t be more excited.

Officially announced by Disney Chairman and CEO Robert A. Iger at today’s shareholder’s meeting, that sound you can probably hear is Pixar fans’ brains exploding.

The project is in the very early stages – Brad Bird has only just put pen to paper – but just the fact that Disney / Pixar will be continuing the adventures of Mr. Incredible, Elastigirl, and their children Violet, Dash, and Jack-Jack is reason enough to celebrate…”

END_OF_DOCUMENT_TOKEN_TO_BE_REPLACED

Welcome to the new-and-improved United States of America, where traditional maturity and responsible decision-making are now considered to be “counter-cultural”…

Detroit Mom Protects Her Family from Home Invasion, w/ a little help from the 2nd Amendment

This Detroit mother-of-two needs to spend a few hours at the shooting range to improve her accuracy, but all-in-all this goes in the books as a “win”.

END_OF_DOCUMENT_TOKEN_TO_BE_REPLACED

If you’re a #parent, then you’ll understand: The “Parent Rap” (VIDEO) 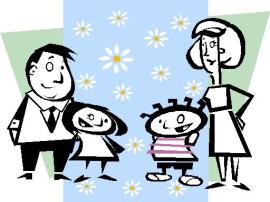 My beautiful wife was homeschooling our two sons when I left for work this morning and she was doing a wonderful job, as always. For whatever reason, this video then jumped into my mind, …and made me chuckle.

Our boys are older than the ones in the clip, but I can still relate to every word. We posted this a couple years back and, after watching it again, it seems to hold up nicely.

I’ll reiterate here what I said back then: “…if ALL hip-hop was this entertaining, I’d listen to it waaaay more often…”

END_OF_DOCUMENT_TOKEN_TO_BE_REPLACED

His routines were (usually) perfectly clean, and his animated kid’s show “Life With Louie” was extremely funny, yet sweet. Still can’t understand why they don’t formally release it on DVD: it won two Emmy’s, after all.

Anyway, the following clip is from the ‘Tonight Show’ on Thanksgiving Day, 1987…, and it’s just as funny now as it was then.

END_OF_DOCUMENT_TOKEN_TO_BE_REPLACED

QUOTE from the article: “…children are not a disease, and poverty isn’t a symptom…”

A short-but-powerful post in defense of having/raising children, which ends up as a tribute to marriage itself.  ¡Bravo!