END_OF_DOCUMENT_TOKEN_TO_BE_REPLACED

A video which was unearthed by the Daily Caller debuted on Hannity last night.

We’ve covered our distaste for the current president’s policies for a long time now. And before Chris Matthews even gets warmed up: it’s not a race thing. President Pander could be white, fuchsia or plaid: I. Couldn’t. Care. Less.

I was just as opposed to Bill Clinton, …and Al Gore, John “Universal Soldier” Kerry, Barbara Boxer, Nancy Pelosi, Harry Reid, …and a host of others. Kindly note that the racial trend in this list (and I can add to it, no problem) doesn’t actually help the whole “racist” angle, unless I’m severely biased against rich white folks.

The only racism that I see bandied about is the accusation of  “Racist” towards Conservatives &/or Republicans from the Media and the Left.

We’ve proven this, many times over.

The video above doesn’t flummox me with Obama’s praise for Jeremiah Wright. Everyone knows he loves Wright (remember ‘Audacity of Hope’?), and threw him under the bus only when the association became problematic. 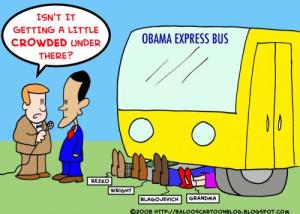 No, no…what made me throw-up was the blatant, naked, glaring, rhetorical sop Obama made in the New Orleans address. The “you’re being discriminated against” tone was obvious and nauseating. What’s more, that is clearly not President Obama’s normal speech pattern, verbiage, or accent. It was as if he was simultaneously channeling Al Sharpton and Malcolm X, with just a dash of Chris Rock thrown in.

This has always been Obama: deliberately divisive; a rabble-rouser; a racial provocateur.

This, as in all of the other many, many instances which we’ve covered, is yet another lie. Obama’s character, background, economic policy, foreign policy, scandals, dead ambassadors, cover-ups……all lies.

Demagoguery, lies and condescension: This is Barack Obama. 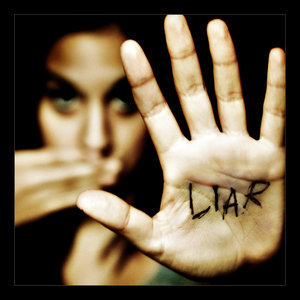 I don’t need any new reasons to vote this epic blight on the United States Presidency out of office. But: some of my neighbors do, and probably some of your neighbors do, as well.

As I said yesterday, you know what to do. 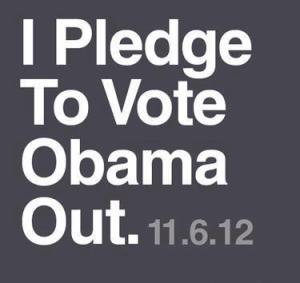 A Surfeit of Help

OBAMA TO TAKE STEPS TO BOOST OVERSIGHT OF OIL MARKETS

The article unintentionally encapsulates the hitch with this in only a couple of sentences:

A senior administration official said the president wants to increase the number of “cops on the beat” to stop illegal speculation and market manipulation, though he did not point to any examples of such illegal activity. The official said that oil prices have been rising mainly because of growing global demand and political uncertainty in the Persian Gulf.

So let me make sure that I understand this: the government is going to intervene on our behalf, to stop an illegal practice that we have no evidence is actually occurring, by offering a solution that…..will not address the likely primary cause.

Got it. Thanks, guys.

As we have discussed before, government regulation is often its own worst enemy. It most certainly isn’t a way to make something more efficient, with “government efficiency” being perhaps the best all-time oxymoron. But to make you feel better about them, seemingly every new Rule-&-Reg comes with a feel-good PR campaign, usually along the lines of “this regulation won’t rest while it fights for YOU”. Subsequently, when the regulation achieves hardly any of its stated goals, and instead creates several unintended consequences, what happens? Yep: more regulations to fix the new problems, which the initial regulations elicited.

It’s as if our Government were a morbidly obese yet error-prone chef who always eats his/her mistakes: their solution IS the problem.

Another example: on dailycaller.com, the unintended consequences of the Dodd-Frank law (passed back in 2010) has already had a profound effect on the banking industry, and as you might expect by now, it has not been what you might call ‘positive’.

Quote from the article:

Regulators have written only 185 of the expected 400 rules. But those 185  rules are expected to cost the private sector more than 24 million man-hours  each year to comply.

“For example, let’s just get it down to the community banker — the person  that loans money to most of the small businesses in our country,” Neugebauer  said in a phone interview. “We’ve had a few community bankers come in here and  say, ‘you know, they’re hiring a lot more compliance officer than they are loan  officers.’ That is increasing the cost of banking and, ultimately, they have to  charge higher interest rates and higher fees.”

“The other thing that it impacts for our small businesses is because of some  of the new rules and regulations, there’s a great deal of uncertainty about  certain types of financial activity that some of these entities can engage in,” Neugebauer added. “I think that as these rules come out, what we’re trying to  ascertain, and our committee has had a number of hearings on, is what the  unintended consequences of some of these rules and regulations, but more  importantly, just the sheer volume of them.”

What’s that old line? “We’re from the government, and we’re here to help“?

Maybe they should change their tagline: