Thanks to the #NSA, you’re now an “Enemy of the State” (or you soon could be…)

One of my top twenty movies of all time is Enemy of the State, a 1998 film starring Gene Hackman and Will Smith. If you haven’t seen it, Smith plays a normal guy (married, good job, etc.) who unwittingly gets mixed up in an NSA-ordered murder of a politician. The rest is about what happens to Smith’s life when the NSA decides it needs to rip that life to shreds.

This man, almost overnight, loses his job, his wife, access to his bank account, and is hotly pursued by law enforcement. Through satellites, cameras, and tons of cool tech, he’s tracked everywhere: nowhere seems to be safe. The film’s title is accurate: he literally is made into an Enemy of the State. If it weren’t for Gene Hackman’s character, Smith would have been jailed, or dead, or both.

Back in 1998 this was still relatively fantastical, taken seriously only by the professionally paranoid. We couldn’t have that sort of thing happen in the cradle of freedom and liberty.

END_OF_DOCUMENT_TOKEN_TO_BE_REPLACED

When you think of the surveillance state, you usually think of snoopy alphabet-soup government agencies like the FBI, IRS, DEA, NSA, or TSA, or cyber-snoops at Facebook or Google, says Natasha Singer in The New York Times. But there’s a company you’ve probably never heard of that “peers deeper into American life,” and probably knows more about you than any of those groups: Little Rock–based Acxiom Corp. Jeffrey Chester at the Center for Digital Democracy has dubbed Acxiom “Big Brother in Arkansas,” while Gizmodo‘s Jamie Condliffe calls it the “faceless organization that knows everything about you.”

So basically this is a data-mining corporation, or database marketer. In business since 1969, they have progressed from usage of the telephone book to legal plundering of the internet, amassing a portfolio which includes over 190 million people and 126 million households in the U.S. alone. 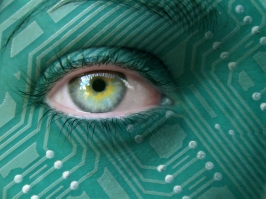 “So what?”, you say. For one thing, they might know much more about you than you may realize. Of course, perhaps you don’t mind that in addition to the normal info like age, race, sex, marital status, and education level, they also have your:

Armed with all this and more, they go to work.

(Acxiom) uses it to pigeonhole people into one of 70 very specific socioeconomic clusters in an attempt to predict how they’ll act, what they’ll buy, and how companies can persuade them to buy their products. It gathers its data trove from public records, surveys you’ve filled out, your online behavior, and other “disparate sources of information”, then sells it to banks, retailers, and other buyers.

And don’t forget about Uncle Sam. Seriously, what are the odds that they DON’T want more info on all of us? Which ultimately means that the list of people who don’t have all of my personal information is getting smaller than the list of those who do.

A little while after being freaked out by that article, I had just about untangled myself from the fetal position when I happened upon this piece from the Daily Mail:

Over recent years a range of miniature drones, or micro air vehicles (MAVs), based on the same physics used by flying insects, have been presented to the public. The fear kicked off in 2007 when reports of bizarre flying objects hovering above anti-war protests sparked accusations that the U.S. government was accused of secretly developing robotic insect spies.

….the US Air Force unveiled insect-sized spies ‘as tiny as bumblebees’ that could not be detected and would be able to fly into buildings to ‘photograph, record, and even attack insurgents and terrorists.’ Around the same time the Air Force also unveiled what it called ‘lethal mini-drones’ based on Leonardo da Vinci’s blueprints for his Ornithopter flying machine, and claimed they would be ready for roll out by 2015.

Ya’ know, living off the grid in a cabin in Montana keeps looking better and better to me.

In the last few weeks we’ve covered other similar stories, which made me just as uneasy. As a result, I really shouldn’t be surprised that there is a faceless company out there aggregating a huge dossier on me in order to accurately predict my behavior, any more than I should be shocked that the wasp or hornet buzzing near my patio may actually be a lethal electronic drone spy.

I just have one question that makes my scalp start to itch:

What if these two companies start working together?