It seems to work for the Vatican…

Mark Steyn and Charles Krauthammer on Chaos-mageddon (a.k.a. the Sequester)

Obama did his best to save us from the dire consequences of the Sequester, and still those baby-eating Republicans wouldn’t listen to reason. Yes, the sky has fallen, the end of the world is nigh, and the doo-doo has hit the fan.

But don’t blame President Jedi; goodness knows none of this is HIS fault.

For some other opinions on this subject (other than just my overt sarcasm), we have two of the best brains in the business.

Mark Steyn weighs in first, on the imminent Government Spend-acolypse:

END_OF_DOCUMENT_TOKEN_TO_BE_REPLACED

Obama: “There’s NO smart way” to make these cuts

Our President wants us to know one thing: we can never, ever, ever reduce Government spending, in any way. We simply can’t.

END_OF_DOCUMENT_TOKEN_TO_BE_REPLACED 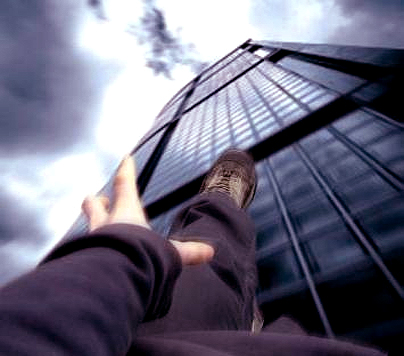 END_OF_DOCUMENT_TOKEN_TO_BE_REPLACED

It appears that President Obama is committed to taking our country over the Fiscal Cliff. We’ve covered what the fiscal cliff IS already, so I won’t rehash it here. Instead I wish to simply review, again, the inherent problems with the President’s proposal. 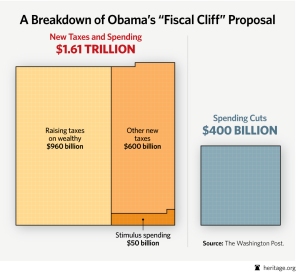 Obama and the militant Left want to punish the wealthiest Americans by making them pay the ultimate nebulous amount: “their fair share”. However, such a combination of new taxes & add’l spending will result in that “fairness” costing our economy $1.61 TRILLION.

END_OF_DOCUMENT_TOKEN_TO_BE_REPLACED

Haven’t done one of these for awhile, and after yesterday’s post, I needed a laugh.

END_OF_DOCUMENT_TOKEN_TO_BE_REPLACED

I remembered him saying it, but I just wanted to hear it again:

Yeah, those were good times.

Now, of course, our debt is soaring towards the heavens, and to heck with those flowery speeches of yesteryear. That doesn’t seem to faze President Profligate, who just had his third budget voted down unanimously, this time by a tally of 99-0.

Hold on; let me count here. That makes the final total tally for all three Obama budgets about…..hold on….that would …be…

…..610? To NOTHING? No one? Not even a single Democrat vote? Heck, if you’ve proposed something so crazy that even Hank “Tipper” Johnson or Max “Last Call” Baucus wouldn’t vote for it, you’ve really flown the coop.

Of course, some folks complained about the vote itself. Guess who?

Democrats disputed that it was actually the president’s plan, arguing that the slim amendment didn’t actually match Mr. Obama’s budget document, which ran thousands of pages. But Republicans said they used all of the president’s numbers in the proposal, so it faithfully represented his plan.

Sen. Jeff Sessions, Alabama Republican, even challenged Democrats to point out any errors in the numbers and he would correct them — a challenge no Democrat took up.

Senator Mitch McConnell then summed it up well:

“The President wants to be able to take his budget around the country to talk about the parts of it he thinks people will like. And Democrats in Congress want to be able to avoid a vote on it because it’s so damaging for job creation, seniors, and the economy.
“Well, if anybody wants to know what a failure of leadership looks like, this is it.”

I guess the fact that absolutely no one, not a single person, from either party, voted for it won’t matter to the folks at NBC, PBS, or the Boston Globes of the world. The media will either:

Sponsored by: The Obama Campaign 2012

After his second consecutive budget just went up in Phoenix-quality flames (414-0) last week, you might imagine that President Genius would have something better to do than hurl rhetorical rocks at folks that are trying to get some ACTUAL WORK accomplished.

But, no, such days of political restraint are sadly long gone. So we have seen him recently give speeches basically threatening the Supreme Court, and repeatedly castigating the Republican budget that passed the House. He also spent a couple days trying to make a joke of his “open mic” problem with Russian President Medvedev.

Heck of a week, Sparky.

Of course, if you have seen ONE of Obama’s speeches, you just might have seen them ALL.

And, if you have NOT had a chance to watch Rep. Paul Ryan explain the debt crisis in which we are currently ensconced, you owe it to yourself to be at least passingly familiar with his argument. The Republican budget solutions will always get short shrift in the Boston Globes and on the NBCs. Assessing it for yourself is the ONLY way to be intellectually honest…….if that sort of thing is important to ya’, of course……

As you watch one of his vids for the Path To Prosperity, just remind yourself that THIS is the guy that Obama is trying to paint as “extreme”.