Steven Lathrop and his neighbors had a problem, which the government had identified and then inexplicably refused to solve for decades. Steven Lathrop, using his own money, finally took matters into his own hands. He bought an eyesore of a dump and used the land to save his entire neighborhood from debilitating floods. 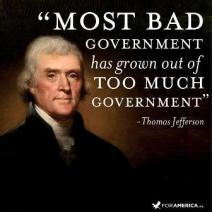 And our over-regulated Federal Government crushed him, leaving him near bankruptcy.

Lathrop’s home of Granite City, Illinois, regularly suffered from storm flooding that damaged his neighbor’s homes, and even cost the taxpayers money in federal disaster aid.