Back in 2009, President Obama included the following statement in an interview with Al-Arabiya:

“My job to the Muslim world is to communicate that the Americans are not your enemy”.

Ummm, okay, but that was always a glaring oversimplification. Left unsaid was that we should probably differentiate between the Muslim world in general, and specifically radical Islamists (such as the Taliban), seeing as how the latter consider themselves to be OUR historic enemies, and plan on remaining so until long after we’re all dead.

For a man who prides himself on ‘nuance’, failing to make such a distinction called into question Obama’s basic competence for this job.

END_OF_DOCUMENT_TOKEN_TO_BE_REPLACED

Words I can’t believe I’m typing: “We’re really trying to have Peace Talks with …the TALIBAN”???

We’re trying to have Peace Talks with the Taliban. 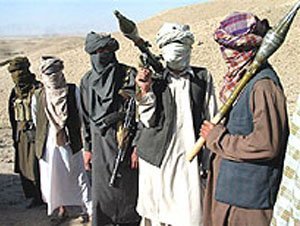 Wait a sec… what?