The State can’t Protect you, …but it doesn’t want You to Protect YOURSELF, either

Two news items, both from Oregon, and both dealing with the right and ability to defend yourself. Apparently, the fine folks in Oregon are intent on having you as defenseless as possible.

The first one is from a week or so back, and received scant attention before the Memorial Day Weekend. From CBSLocal.com:

An Oregon woman was told by a 911 dispatcher that authorities wouldn’t be able be able to help her as her ex-boyfriend broke into her place, because of budget cuts.

Oregon Public Radio reports that an unidentified woman called 911 during a weekend in August 2012 while Michael Bellah was breaking into her place. Her call was forwarded to Oregon State Police because of lay-offs at the Josephine County Sheriff’s Office only allows the department to be open Monday through Friday.

“Uh, I don’t have anybody to send out there,” the 911 dispatcher told the woman. “You know, obviously, if he comes inside the residence and assaults you, …can you ask him to go away?

END_OF_DOCUMENT_TOKEN_TO_BE_REPLACED

The Hobbit: An Uninspiring Journey (a critical film review)

Note:  I am aware that at least one of our good friends, James over at Biltrix, is going to strongly disagree with me over this review. You should probably also go and read his reaction to the film in order to get a “fair and balanced” view of it.

I tried hard not to include many spoilers in this, but if you haven’t seen the film yet, you may want to skip to the last third of the post…I’ve marked it with an asterisk*. 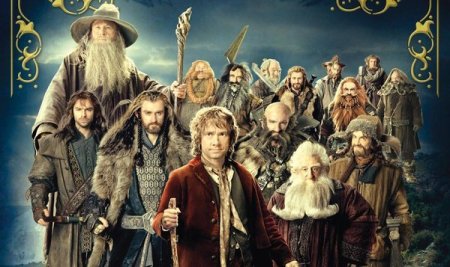 My husband and I don’t get many evenings to spend together without granddaughter in tow. So this past Saturday night we jumped at our opportunity to view The Hobbit: An Unexpected Journey. We’re both big fans of the original Lord of the Rings (LOTR) movies. [In fact, true confession: I saw The Fellowship of the Ring seven times in the movie theater. And we own all three extended versions.] 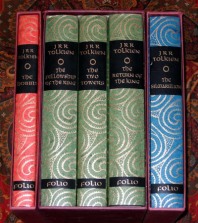 We’d been looking forward to seeing this new film, despite some misgivings about the wisdom of turning a relatively short book into three films equal in length to the three LOTR movies (which themselves are based on a book which is about four times as long).

END_OF_DOCUMENT_TOKEN_TO_BE_REPLACED

I remember, as I’m sure we all do, exactly where I was on 9/11/2001. Based on the timing, at approximately 10:00am that morning Flight 93 had to fly almost directly over my car as I was driving to State College, PA. In addition, my little brother was working in Manhattan at the time, and I obviously couldn’t reach him on his cell phone.

It’s been eleven years, and still I have no words, no pithy summation. I have nothing but prayers for the survivors and the fallen, their family and their loved ones.

This video has been around for a few years now (2007), and has accumulated over 3 million hits. You may have already seen it. Regardless, I’m including it here due to its power, and because being mindful of history is the only way we can hope to not repeat it.