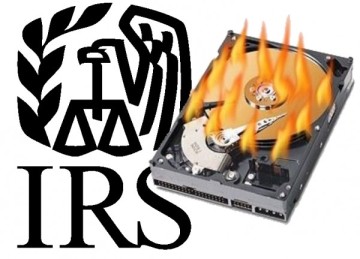 I like a good piece of fiction as much as the next guy. But as brilliantly illustrated by ReasonTV’s Remy (below), there’s a limit to ANYONE’s ability to suspend their disbelief, …mine included.

And let’s face it: the IRS’s multitudinous tall tales of cosmically coincidental catastrophes don’t stretch the boundaries of human credulity, as much as they openly mock us for noticing the boundaries themselves.

As I wrote about a month ago:

“…First we were told that we’d get all of  Lerner’s emails. Then, we were informed “Whoops! Her computer crashed; they’re gone“.

Then we’re informed that six high-ranking officials who were also involved in the IRS targeting of conservative and tea party groups had THEIR computers crash, too.

Then we find out that Lerner’s computer crashed TEN DAYS after Dave Camp (House Ways & Means Chairman) made his 1st inquiry about the IRS targeting conservative groups.

And now we find out that not only did the IRS forensic team mysteriously not pull the existing back-up tapes, but that the IRS’s outside email protection vendor had their contract cancelled AFTER an incident happened that would have actually brought their services into play. Basically, Sonasoft was fired right when they finally could’ve provided the service for which the IRS had ostensibly been paying them for years…”