I hope ‘Incredibles: 2’ is at least pretty good, because the original WAS ‘Incredible’… 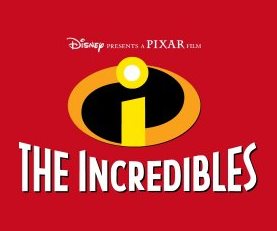 In case you (somehow) hadn’t heard, one of the best family films in recent memory will finally get its sequel:

(via Total Film) – “…Yep, The Incredibles 2 is a reality, and we couldn’t be more excited.

Officially announced by Disney Chairman and CEO Robert A. Iger at today’s shareholder’s meeting, that sound you can probably hear is Pixar fans’ brains exploding.

The project is in the very early stages – Brad Bird has only just put pen to paper – but just the fact that Disney / Pixar will be continuing the adventures of Mr. Incredible, Elastigirl, and their children Violet, Dash, and Jack-Jack is reason enough to celebrate…”

Easily one of the most positive and satisfying movies to come out in a generation, ‘The Incredibles‘ is one of only two animated films (the other being Hoodwinked) that I’ve watched multiple times with my kids and enjoyed it just as much, or more, with each successive viewing:

Yes, Pixar’s animation displayed its typical excellence. Yes, the voice characterizations are unarguably perfect. But it was more than just that. The Parrs were a traditional nuclear family (Pixar’s first ever, by the way), but the kids spoke and behaved like kids, rather than miniature wise-cracking adults. And while the parents obviously loved each other, they were more “real” than most fictional couples: the mom wasn’t perfect and the dad wasn’t an idiot.

Go ahead: apply just those measures against the last 10 supposedly “family” films you’ve seen recently and tell me how you do. 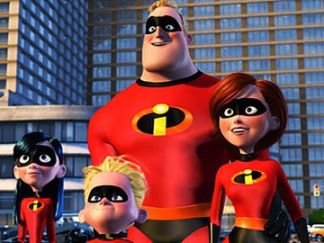 Want more? Okay: there was a merciful lack of fart jokes or bathroom-related humor. That fact alone places it practically in its very own category among modern family-themed offerings.

On top of all that, there was the musical score. Michael Giacchino’s lush soundtrack deliberately hearkened back to the classic James Bond films and John Berry’s orchestration. Many of the set pieces themselves add to this, too, giving the entire movie a highly authentic retro vibe.

And it’s intelligently written. There’s clever little throwaways, like villains with names like ‘Bomb Voyage’, or the name of Syndrome’s private island being ‘Nomanisan Island’. And lines like “You sly dog! You got me monologuing!“, or “…when EVERYBODY’S super…no one will be” are instantly and deservedly memorable.

Yes, that’s a modern film saying it’s okay if everyone doesn’t get a prize, which must have come as quite a shock to various members of Generation Cupcake. I practically dropped my popcorn when I first heard that exchange, as I recall. 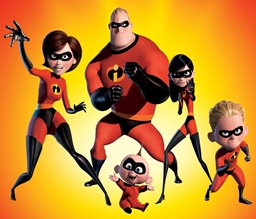 So if you’ll excuse me, I need to once again view this film with my wife and kids for perhaps the 30th time. And if you haven’t watched it recently, YOU probably should, too.

8 responses to “I hope ‘Incredibles: 2’ is at least pretty good, because the original WAS ‘Incredible’…”