This past Sunday on this blog, I was musing over all the words, words, words we take in without doing–or even expecting to do–anything about them. Shouldn’t Christians be seeking out words which will in-FORM us: our opinions, our character, our beliefs?

So as a different sort of Lenten mid-week post, I’ve decided to feature one book, periodical, website or author each week. We’ll profile writers or publications whose words inspire, challenge and “inform”, as a way to encourage us to choose to read more deeply (rather than widely) for the next 40 days.

Since our number one “Head” (Justturnright) is primarily a political writer & news commentator, while I usually focus on the spiritual aspects of culture, I thought I’d begin this series by spotlighting a publication which both JTR and I believe does an exemplary job in digging deeply into both categories: World Magazine.

This bi-weekly news magazine is comparable to Time or Newsweek in its design and layout. However, it scrupulously maintains a balance of objective reporting and Christian worldview, along with excellent in-depth writing on a wide variety of topics.

Such superb writers as Marvin Olasky, Andrée Seu Peterson and Mindy Belz write the kind of incisive prose to which I aspire, but which I don’t pretend to match. Every issue has a range of news briefs, film reviews, new book and CD blurbs, and other articles on issues both national and global. In the past month, lengthy feature articles have covered such subjects as: the spread of Islam into sub-Saharan Africa; the current state of the pro-life movement; Haitian entrepreneurs; and Houston as “America’s next global city.”

In addition,World News Group publishes Gods’ World News–also both in print and online— in versions for children and for teens. WNG’s  World Journalism Institute, begun in 1999, exists “to recruit, equip, place and encourage journalists who are Christians in the newsrooms of America.”

If you have not ever seen this publication, do yourself a favor: go to World Magazine online and try it. You can read enough of the material online to get the flavor of the magazine, but must subscribe in order to have access to the full archive. The annual subscription price covers both print copies delivered to your home, and all of the electronic content–which includes far more than they can print in the magazine.

It is all too easy to grab sound bites from radio or TV, pre-chewed bits of news which go down easily but provide only the illusion of having been fed. If you’ve been subsisting on overly-processed fodder, and hunger for some real nourishment, I strongly recommend this publication.

“Why do you spend your money for that which is not bread,
and your labor for that which does not satisfy?
Listen diligently to Me, and eat what is good,
and delight yourselves in rich food.” (Isaiah 55:2, ESV) 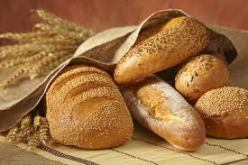 [***Please note: I am not an employee or contributor to World Magazine, and I will receive no commission or gratuity if you subscribe. I’m just an enthusiastic long-time subscriber passing along information to you, our readers.***]