Can our #WoundedWarriors be transformed into …”The Six Million Dollar Man”? 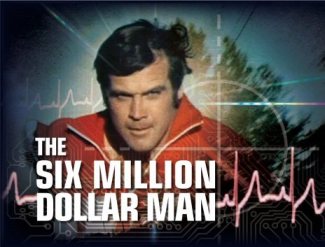 This is just flat-out cool, and I can think of no one more deserving of having access to this technology first than our magnificent Wounded Warriors:

(via Fox News) – “…A tragic cost of war is that many service members are missing limbs when they come home from combat. The U.S. military is working harder than ever to replace them with prosthetics that work just like the real thing.

The high-tech whizzes at DARPA, the military research arm of the Defense Department, displayed some breakthrough technology for space, ocean, robotics and ground war at a Congressional Tech Showcase in Washington earlier this month…”

Apparently this has been in the works for quite some time, as I also found articles from last year, and even back in 2009.

This mind-blowing research has the potential to give essential aspects of our wounded veterans’ lives back to them, and I pray it happens sooner rather than later.

Who knows? Perhaps one day these brave men and women will have a built-in second career …as undercover agents for the OSI:

3 responses to “Can our #WoundedWarriors be transformed into …”The Six Million Dollar Man”?”