An Open Letter to the #NFL: your officials are incompetent, corrupt, …or both

I think we need to stop seeing each other, and you deserve to know why.

It’s not as if we haven’t had some good times together, I’ll admit. We’ve shared joy and sorrow; anger and elation. You played, I watched; it worked out well. All in all, we’ve been pretty compatible.

But now, things are …different. You’re lying to me, and you’re lying to yourself. You have a problem, and until you deal with it honestly, we can’t go on this way. 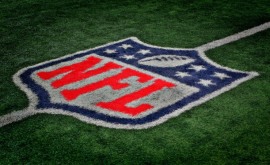 Yes, them: the zebras. Now don’t get defensive, and please don’t tell me how “everyone ALWAYS complains about the refs“, because that’s not me. I can deal with a normal amount of human error. Heck, I even penned a defense of the referees last year, back when the replacements were making your normal guys look like King-Solomon-meets-Sherlock-Holmes by comparison.

No, this time it’s worse; WAY worse. No one can be this incompetent, and if they are, they need to be fired, …or fired at. Either way, it’d be something.

I’m starting to get the same feeling that I did years ago when I was occasionally seeing your sister, the NBA. Remember that? Yeah, it was nothing serious between us: just a casual game here and there. Everything was fine until I noticed a disturbing trend: she lied to me.

Travelling was no longer called, along with a raft of other offenses still ostensibly in the rules book. Actually, it should probably be called the half-hearted-suggestions book by now, since the game I grew up playing didn’t resemble the product I saw on TV, other than including an orange ball and a hoop.

So we broke up. By the time ex-NBA referee Tim Donaghy pleaded guilty in Brooklyn Federal Court to betting on games he worked, I hadn’t spent any quality time with the NBA in at least 15 years. Honestly, I’m kinda shocked anyone still wastes time on anything so startlingly and blatantly corrupt. 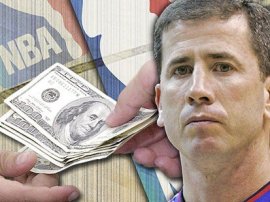 But you’re different, or at least you were. For years the NFL reigned supreme as the best run league in the country, yet I fear now that you’re headed down the same dangerous path as your basketball sibling, and for the same reason.

What’s that, NFL? You say that you don’t know what I’m talking about? Okay, fine: I’ll spell it out for you.

This newest chapter just happened Sunday night, in a fairly meaningless game between the Giants and the Redskins:

(via the New York POST) – “…The Giants’ 24-17 victory over the Redskins ended in confusion after referee Jeff Triplette’s crew botched the spot of the ball in the midst of Washington’s last-ditch drive in the final seconds.

The confusion centered on a 4-yard pass from Redskins quarterback Robert Griffin III to wide receiver Pierre Garcon to the Washington 45 on second-and-5 on the first play after the two-minute warning.

Acting on the direction of an official, the chain gang mistakenly marked the gain as a first down while another ref told Redskins coach Mike Shanahan the same thing.

Washington ran another play thinking it was first down — a deep incompletion to tight end Fred Davis — when, in reality, it was third-and-1. Triplette didn’t correct the situation until after the incompletion to Davis, putting the Redskins in fourth-and-1…”

Seriously, cut me some slack here. When a team runs a play BELIEVING it’s 1st down, and they believe that ’cause the chains moved, AND the downs marker changed to a “one”, AND one of your officials (get this) TOLD ’em it was 1st down, most people (this is crazy, I know, but hear me out) are gonna assume, “I could be wrong here, but I think it’s 1st down“.

So that team then runs a play designed for a 1st down.

But then what happened? Your boys then say, “….uhmmm, ….did we say FIRST down?? Whoopsie, …that was THIRD down. And (wow, this is embarrassing) that means it’s actually FOURTH down now. Hey, good luck with that, ‘kay?“…

That was many things, NFL, and none of them are “okay”. 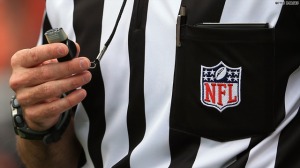 Truth be told, I’ve been losing faith in you for years. Oh, sure, you stanched the bleeding for a bit last year by showing us how bad the replacement refs could be, but this? This is beyond ridiculous, and your denying that it’s even happening is an insult.

When I see games like the one Sunday night, and I then add to it all the times I’ve watched a mugging on the field NOT get called, only to see some invisible, ticky-tack, are-you-kidding-me penalty get called two minutes later, I gotta say: it’s making me think you’re doing this …deliberately.

And let me be the first to say: I liked you waaaay better when I thought the guys in black-&-white stripes were merely bungling screw-ups.

It’s not like there isn’t precedent for you being dirty: fixing sporting events has been around since chariot racing, but you were supposed to be better than that. You’re the NFL: crooked refs and dirty judges was something found in boxing or soccer, or horse racing…but not you.

Again, I don’t have a scintilla of proof that the ‘fix’ is in, but what am I supposed to believe? Last week you had a flag PICKED UP at the end of the Patriots-Panthers game. You saw a penalty, …and then suddenly you didn’t see it. Huh?

I’m no Patriots fan, but c’mon: the Panthers’ Luke Keuchly did a full cavity search on Gronkowski. How is that not a penalty? Heck, the TSA doesn’t frisk suspected terrorists that thoroughly.

Yes, yes, I heard your explanation. The pass was “uncatchable”, yada, yada, yada…. Whatever; I’m not buying it. Especially when I watched at least half-a-dozen penalties get called this past Sunday which were 1/1000th as egregious. Mark my words: the next time an “uncatchable” ball sails eight feet over a guy’s head and one of your striped geniuses STILL calls pass interference (and it will happen), you know what folks’ll be thinking.

You’ve pushed me to my limits here, NFL, so don’t be shocked when I stop returning your calls. As it stands, I think we need to spend some time alone. You know, see other people.

For me, I’ll be hanging out with the NHL for a while. Hockey refs sure ain’t perfect, but at least their mistakes can still (for now) be argued as well-meaning errors. If that ever changes, I’ll be left with the World Series of Poker, ‘Rockford Files’ reruns and the History channel.

My suggestion to you would be: get some help. Admit that you’ve got a serious problem. No more of this “We looked into it, and we’ve decided we’re right, so nyah, nyah” stuff. No one’s buyin’ it, and you’re only making yourself look foolish in the process.

You’re ticking off people who’ve been spending time with you since we were born, fans who root for their team despite, not because, of their record. We’re folks who plan our whole schedule around the 1:05pm Sunday game, and dream of our life’s highlight reel to be set to ‘Music From NFL Films‘.

We cared about you, and we got punched in the face with the Sunday Night Fiasco for our troubles.

‘Cause make no mistake: if WE go away for good, …so do you.

20 responses to “An Open Letter to the #NFL: your officials are incompetent, corrupt, …or both”