Prayer for a Nation

***Today’s guest post is from our old buddy, ‘Pgh‘. And if you’d like to see any of his previous writings, they’re all collected right here.

One topic commonly discussed here at “Two Heads…” is our nation’s culture or, perhaps more specifically, the deterioration of our culture.

Recently, I came across an article by Reverend Billy Graham, titled “My Heart Aches for America“.  In it, he recalls a conversation he had with his wife, Ruth:

“…Some years ago, my wife, Ruth, was reading the draft of a book I was writing. When she finished a section describing the terrible downward spiral of our nation’s moral standards and the idolatry of worshiping false gods such as technology and sex, she startled me by exclaiming, “If God doesn’t punish America, He’ll have to apologize to Sodom and Gomorrah.” 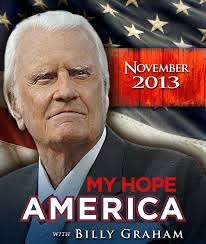 She was probably thinking of a passage in Ezekiel where God tells why He brought those cities to ruin. “Now this was the sin of … Sodom: She and her daughters were arrogant, overfed and unconcerned; they did not help the poor and needy.

They were haughty and did detestable things before me. Therefore I did away with them as you have seen” (Ezekiel 16:49–50, NIV)…”

It would be difficult to dispute that America is, indeed, on a “Sodom and Gomorrah”-type path. The evidence surrounds us; it’s everywhere we turn, whenever we care to look.

Which is all the more reason to be grateful for one of God’s most wondrous gifts: the beautiful simplicity of prayer.

There’s a prayer which is often inaccurately attributed to the Reverend Graham. In fact, it first came to public awareness after being read by a minister named Joe Wright in front of the Kansas State House of Representatives on January 23, 1996. In my research, it appears as though it was originally written by Pastor Bob Russell of the Southeastern Christian Church in Louisville, Kentucky.

Although, while we ALWAYS aim for 100% accuracy around here, determining who originally authored this piece is of less importance (to me, anyway) than what it actually says.

I hope you’ll pray it with me:

“Heavenly Father, we come before you today to ask your forgiveness and to see your direction and guidance.  We know Your Word says, ‘Woe to those who call evil good’, but THAT is exactly what we have done:

We have lost our spiritual equilibrium and reversed our values.

We have exploited the poor and called it the ‘lottery’.

We have rewarded laziness and called it ‘welfare’.

We have killed our unborn and called it ‘choice’.

We have shot abortionists and called it ‘justifiable’.

We have neglected to discipline our children and called it ‘building self esteem’.

We have abused power and called it ‘politics’.

We have coveted our neighbor’s possessions and called it ‘ambition’.

We have polluted the air with profanity and pornography and called it ‘freedom of expression’.

We have ridiculed the time-honored values of our forefathers and called it ‘enlightenment’.

SEARCH US, Oh God, and KNOW our hearts today.  Cleanse us from sin, and SET US FREE.  Amen” 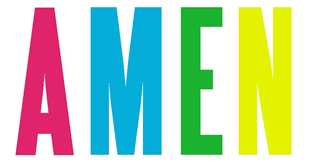 If you haven’t already seen it (and I KNOW it’s a tad long, at nearly 30 minutes), I earnestly encourage you to watch “The Cross – Billy Graham’s Message to America“.

You won’t be sorry.

22 responses to “Prayer for a Nation”