Obama “didn’t know” about #Spying? Or Healthcare.gov? Yeah. Sure. Whatever…

The #1 rule I learned in my early management days was about the critical nature of Trust. Being liked is overrated: you can be hated and still be wildly effective. But no matter how brilliant, or charismatic, or well-meaning you are, the day that your employees/co-workers/clients no longer trust you is the day your leadership is effectively over.

We have come, finally, to that day in the Obama Administration. 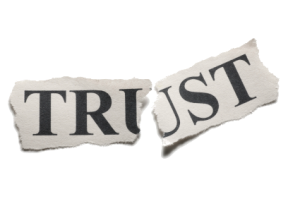 Back in May and on the heels of his proclaimed ignorance of the IRS targeting of Conservative groups, I asked whether the president was a congenital liar, totally incompetent, or both (“The Many, Many, Many things the Obama Administration “…just didn’t know…” “).

And today, we have our answer: it doesn’t matter. Because one explanation is as thoroughly debilitating to his now-shattered trust as the other:

(via Marketwatch.com) – “…The White House ended surveillance of German Chancellor Angela Merkel and some other world leaders earlier this year after learning of the existence of the program to eavesdrop on heads of state, The Wall Street Journal reported Sunday, citing unnamed U.S. officials.

The Obama administration had been unaware of the program until it surfaced in an internal review this summer, the report said…”

To believe that the president was ignorant of either of these items defies logic, and the claim regarding the former has already been widely disputed. But I’ll return to my earlier statement: so what? Who cares if he didn’t know?

Exactly how is it a selling point to say that our Commander-In-Chief is some sort of telepromptered savant, unaware of anything his Administration is doing while he blissfully wanders the halls of the White House?

Who could trust anyone so serially clueless?

But let’s be serious: even Mr. Magoo isn’t THAT oblivious of his surroundings, and fewer and fewer people are even pretending to buy this lamest of excuses.

Daniel Henninger wrote about this in the Wall Street Journal last week:

“…Amid the predictable collapse the past week of HealthCare.gov’s too-complex technology, not enough notice was given to Sen. Marco Rubio‘s statement that the chances for success on immigration reform are about dead. Why? Because, said Sen. Rubio, there is “a lack of trust” in the president’s commitments.

Sen. Rubio said he and other reform participants, such as Idaho’s Rep. Raul Labrador, are afraid that if they cut an immigration deal with the White House—say, offering a path to citizenship in return for strong enforcement of any new law—Mr. Obama will desert them by reneging on the enforcement…”

This is fatal, politically speaking.

In politics as throughout life, deals have to be made in order to get things done. Handshake agreements still lead to compromises, where each side cedes a little ground. This is true in every negotiation: public or private, personal or political.

Yet that essential give-and-take is no longer possible when one side utterly disbelieves the other. And in Senator Rubio’s defense, it’s not as if he made this determination without plenty of evidence:

And there’s more, of course; much, much more. 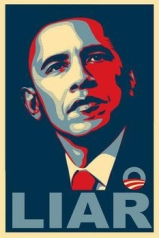 This has to weigh heavily on even Barack’s most ardent supporters. After all, he swept to power, messiah-like, as a different kind of candidate. But worse than being revealed to be just as dishonest as the average politician, it’s apparent now that Obama is even LESS honest than normal.

That’s a pretty serious climb-down for the guy who was going to make the oceans recede, and it’s gonna leave a mark.

Doubted by supporters, reviled by opponents, and distrusted by erstwhile allies around the globe will likely leave Obama increasingly desperate, resentful, and ruthless.

Which means we’re all in for a very long three more years.

12 responses to “Obama “didn’t know” about #Spying? Or Healthcare.gov? Yeah. Sure. Whatever…”