“Smart Power”: #Obamacare phone lines …refer you back to the Obamacare website 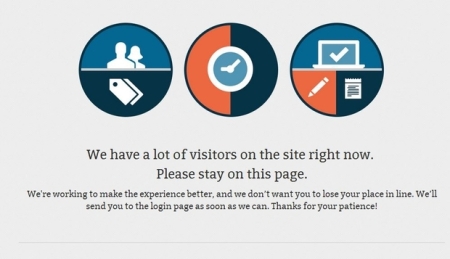 During the President’s “Ignore the h8ters, y’all. O-care is really, like, teh bomb!!!…” speech from the Rose Garden today, he gave out a 1-800 phone number to call, in order for us to circumvent the Pit Of Despair known as the Healthcare.gov website.

First of all, since the call center folks are using the same bug-riddled system that we are, trying to enroll by phone isn’t what one might call “an improvement”.

But this? Absolutely unbelievable:

Can't make this up. Got through 800-number, followed prompts, and got referred to http://t.co/42WSNzdKsg.

Now in fairness, a couple of hours later it was discovered that someone COULD (maybe) get through…but to do so they had to choose an option that most folks probably wouldn’t select:

(via WashingtonExaminer.com) – “…The automated voice then asked me if I was interested in information on the marketplace, a “getting ready checklist,” or “small business options.”

I thought it made most sense to choose more information on the marketplace, but that prompt just gave me a description of the exchange and then suggested I visit Healthcare.gov as another option.

After trying a number of different scenarios, I did eventually connect with a live human agent without much wait, but only after choosing the “getting ready checklist” option from the main menu…”

This is supremely bad planning and execution, and a sign that morons were involved in the labeling of the options. But is it that big a deal?

Yes, because it’s a symptom of a far BIGGER problem.

As I pointed out recently, if they keep getting all of these “little” things wrong (ALL of them, mind you, over and over again), …this doesn’t exactly bode well for Obamacare itself. After all, why should we believe that the Administration’s management/execution of the overall law will be any better than their disastrous roll-out, which they planned for over three years?

Or an even scarier thought: what if the roll-out is the best part…?? 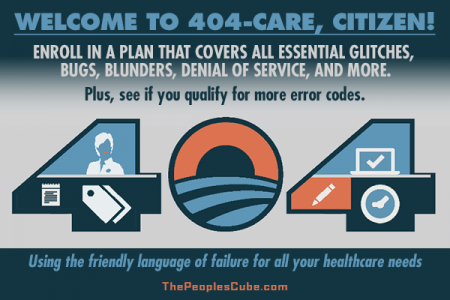 7 responses to ““Smart Power”: #Obamacare phone lines …refer you back to the Obamacare website”