Post-shutdown, it’s on: the #TeaParty vs. the GOP 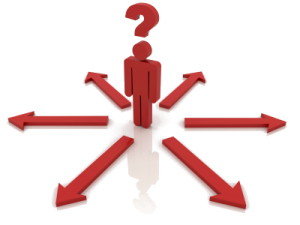 Yes, the Government Shutdown is over, and the Federal Leviathan is lurching forward once again. Of course, this is cause for wild celebration among the Left, even as they continue to blithely impugn the motives of their political opponents.

But the problems that brought this confrontation about are still here: rising debt (thus the necessity of raising the Debt Ceiling yet again), grossly expanding government, and ever-reducing freedoms. A weakening dollar, burgeoning entitlements and continued unemployment. Full-time jobs being replaced by part-time ones, and the advent of the “glitch”-riddled Obamacare.

All this and more was (and remains) the reason so many are insisting we need to change our ways, or perish.

Am I sorry that the Shutdown didn’t bring about any real positive change in our nation’s direction? Yes, obviously, but not for the reasons ascribed by the Media. My motivation (and that of millions of others) was not to destroy the government or ruin our credit rating: far, far from it. It was more akin to taking your alcohol-addicted brother and trying to force him to confront the dire effects of his drinking on his family and friends. This wasn’t a coup d’état born of hate; it was a tough but loving intervention.

Here we go, Harry Reid says we came to brink of a disaster. No we didn't, but we're headed to one most certainly with Obamacare & spending

Yes, let the Democrats gloat in their triumph over reason, in their vindication of tyranny & national bankruptcy and enslavement.

For weeks the President, the Senate and their media parrots were in lockstep with talk of “hostages”, “anarchists”, and “suicide bombers”. And the Peter Kings and Lindsay Grahams of DC were just as bad or worse, breaking ranks at the mere thought of playing political hardball with a president who is adept at nothing else but.

Which is why I believe that Brit Hume had perhaps the best take on all this a few days back:

Virtually every patriotic Conservative and every Tea Party member have the same fear: that our nation’s current debt-fueled direction is doomed. No one and nothing can spend money they do not possess, forever, regardless of whether or not they can print their own currency. Eventually, that which is unsustainable fails to be sustained, and the end comes suddenly, like a gigantic game of Jenga when the final, crucial piece is removed. 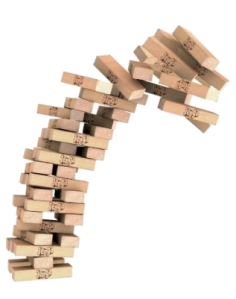 If there was one potential bright spot here, it was this: it should be starkly obvious to the GOP Establishment that Conservatives are fed up with their tough talk during elections, only to see them govern as Liberal Lite once in office (John McCain: I’m talking to you…).

There is now renewed talk of a third party which would seek to combine Libertarians and Conservatives. Although such an undertaking is not the optimal choice, these two groups are already better aligned with each other than they are with the more moderate GOP’ers.

If too few Republicans possess the integrity or core values to govern as conservatively as they invariably promise, what other choice is there? Better to back men and women who demonstrate the convictions they espouse on the stump, than live with ones who purport to stand for freedom yet sink to the lowest common Leftist denominator, election after election, decade after decade.

The GOP has been officially put on notice: get in line or get out-of-the-way. It’s actually an incredibly easy choice, which is why I have every confidence that they’ll make the wrong one. Again.

12 responses to “Post-shutdown, it’s on: the #TeaParty vs. the GOP”