Remember “Buckyballs”? Well, they’re out of business, thx to our Govt… and THAT’s not the WORST part

We’ve mentioned plenty of examples of insane Federal overreach in the past, and maybe none so chilling as what happened to inventor Krister Evertson, or the stultifying case of Steven Lathrop. In both instances, the Government seemed to take peculiar glee in bullying and punishing these men for doing nothing more than legally pursuing their dreams.

Well, we can now add another victim of the Obama Administration’s regulatory Insane Asylum: Craig Zucker. 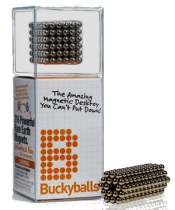 Zucker, as you may or may not recall, is the former CEO of Maxfield & Oberton, the small company behind “Buckyballs”, a desk toy for adults which became amazingly popular back in 2009. Unfortunately, the company ran afoul of the U.S. Consumer Product Safety Commission, which held that the toy was inherently dangerous to children, …even though it was marketed exclusively to ages 14-and-up.

Here’s an interview which aired last year covering the dispute:

The one question which occurred to me immediately was a fairly basic one: did the makers of Buckyballs make a good faith attempt to restrict children’s access to their product?

By any reasonable measure, it certainly appears they did.

“Maxfield & Oberton had a comprehensive safety program that included not just warnings but a way to restrict sales to stores that were exclusively or primarily selling children’s products,” Mr. Zucker says. “Toys ‘R’ Us didn’t qualify. They wanted Buckyballs for their brick-and-mortar stores, but we wouldn’t even take a call from them.”

To enter into a sales agreement, retailers were required to complete a safety questionnaire and commit to a Buckyballs Responsible Seller Agreement.

“When Maxfield & Oberton did that initial recall, 600 stores didn’t pass the test, and the company paid to bring the product back.”

What the what??!? So now it’s up to the Government to determine if a product is “necessary” to consumers?

Can’t we pretty much say that NO products are actually “necessary”? I mean, you can also live quite nicely without tons of stuff. What about coconuts, or butane, or #2 pencils? They aren’t exactly “necessary”, are they? But they can be all sorts of dangerous if they aren’t used in the way they’re intended. What if some Federal Agency got a bug up their rear about any of THOSE items?

On second thought, I should probably refrain from giving them any ideas. 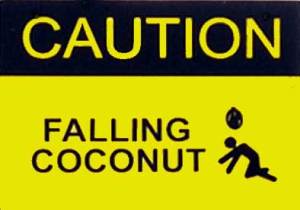 Ultimately, Buckyballs was outgunned. As history has shown innumerable times, when the Government really, really wants to get you, …it gets you.

“On Dec. 27, 2012, the company filed a certificate of cancellation with the State of Delaware, where Maxfield & Oberton was incorporated, and the company was dissolved.”

So: end of the story? Not even close.

No, presumably because Zucker had dared fight back against our beneficent government, simply being put out of business wouldn’t suffice. He must be made an example of:

…in February (of 2013) the Buckyballs saga took a chilling turn: The commission filed a motion requesting that Mr. Zucker be held personally liable for the costs of the recall, which it estimated at $57 million, if the product was ultimately determined to be defective.

Says Mr. Zucker: “The commission’s saying that because as CEO I did my duty—didn’t violate any law, was completely lawful—I am now the manufacturer individually responsible.” Shockingly, the administrative-law judge hearing the case bought the commission’s argument, meaning Mr. Zucker will have to defend himself in the Maxfield & Oberton recall case to its conclusion at the administrative level before he can challenge the individual-liability holding on appeal.

THIS is the truly scary part. It now has nothing to do with “safeguarding society”: this is nothing less than our Government’s attempt to personally destroy an individual citizen. It is a yet another sign that, instead of merely enforcing a set of agreed-upon rules to equally protect us all, we now live under a maniacal Regulatory Regime which has become a weapon to club down those who don’t pay sufficient hommage to the State. 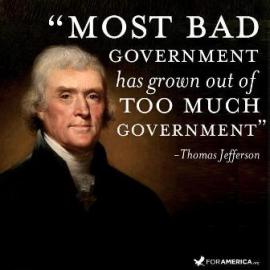 I wrote the following line a few months ago:

“You can always hire extra security if you’re threatened by a thug, or even call law enforcement. But whom do you hire to protect you from the law itself?“

The answer, of course, is that there is no one to whom you can turn. And to our nation’s unending shame, that’s exactly where we find ourselves today.

13 responses to “Remember “Buckyballs”? Well, they’re out of business, thx to our Govt… and THAT’s not the WORST part”