The #Obamacare Exchanges: made-to-order for Fraud and Abuse 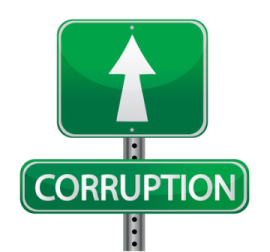 This week a news report from CNBC raised some eyebrows, as it highlighted the likely risk of fraud and abuse in conjunction with the implementation of Obamacare:

Scammers have been at it for more than a year now, but consumer advocates and security experts warn that the problem will worsen as we get closer to Oct. 1. That’s when the millions of uninsured Americans can use a health insurance exchange, set-up by their state or by the federal government, to shop for coverage.

“There are fake exchanges already up and running on the Internet,” said Monica Lindeen, Montana’s Commissioner of Securities and Insurance. “If you do a search and type in ‘exchange,’ you’ll find all sorts of websites that claim to be in the exchange when they are not.”

And while I absolutely agree that this is an incredibly real risk inherent with Obamacare, I think they are highlighting the lesser risk. Meaning, this news report is focused on the exterior fraudsters and crooks. I’m not saying that this is not a realistic concern, since unscrupulous creeps will be setting up fake exchanges, etc.,.. to bilk people out of their info and/or money. No question about it.

But as anyone who’s worked in retail will tell you: the greater risk for theft always, always, always comes from INSIDE the operation.

The Weekly Standard (and yours truly) touched on this a month ago:

“The exchange, known as Covered California, recently adopted rules for a network of more than 21,000 enrollment counselors who will provide consumers with in-person assistance as part of the federal Affordable Care Act. In some cases, they will have access to personal and financial information, from ID cards to medical histories.

But the state insurance commissioner and anti-fraud groups say the exchange is falling short in ensuring that the people hired as counselors are adequately screened and monitored.

Like I said, retailers have known this for a very long time. But most retailers’ employees don’t have anywhere near the level of personal information access that the folks working with (and in) the exchanges will have.

But don’t you trouble your little head about a thing: “Big Daddy Government” has it all under control. From McClatchy News Service:

With less than seven weeks to go before the marketplaces start enrolling people in Obamacare for 2014, more than 100 navigator programs will be on a tight schedule to assemble, train and dispatch workers throughout the 34 states that will have federally run marketplaces.

The 16 states that run their own marketplaces fund their own navigator programs.

The attorneys general of 13 states wrote a letter to (HHS Secretary Kathleen) Sebelius on Thursday expressing concern that the navigators wouldn’t be properly trained to safeguard the personal information of consumers they help enroll. They also were worried that navigators wouldn’t undergo proper criminal background checks.

Seems a reasonable concern to me. And naturally, the White House thinks this is just the wild imaginings of “another” partisan, phony scandal:

(via NRO.com) – The White House dismissed the AG’s letter out of hand. “The point is it’s a little hard to take their criticism seriously, considering their opposition to the law in the first place,” said spokesman Josh Earnest on Wednesday.

Or, loosely translated: “Talk to the hand…”

I love it: we have a brand-spanking-new government program, with a vast, hastily hired/trained staff. These folks are being given access to a wide array of personal information for millions of citizens.

It’s a situation practically begging to be abused, which is why the Attorneys General wrote the letter.

And yet, the King of Scandals and his Royal Courtiers are telling us (with a straight face, mind you) that anyone who questions him or his policies should be ignored….

….by virtue of the fact that they question him or his policies? 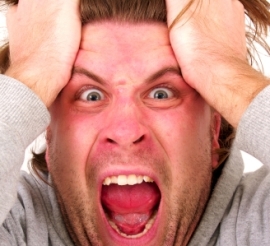 Oh, this is gonna get ugly. And I don’t know about you, but I’m not giving any info to these clowns. If they want to know all about me, they can do it the old-fashioned way:

2 responses to “The #Obamacare Exchanges: made-to-order for Fraud and Abuse”