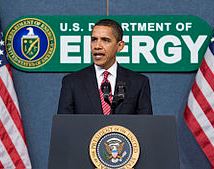 Obama also blasted reports that job creation would be significant: ““[M]y hope would be that any reporter who is looking at the facts would take the time to confirm that the most realistic estimates are this might create maybe 2,000 jobs during the construction of the pipeline – which might take a year or two – and then after that we’re talking about somewhere between 50 and 100 [*chuckles*] jobs in an economy of 150 million working people.”

Wait a sec: he’s LAUGHING at jobs being created? Nice reaction from a guy overseeing the worst sustained five-year economy since the Great Depression.

Specifically, President Obama says that the Pipeline would only create “maybe 2,000 jobs” during its construction? That’s odd, since his own State Department has a slightly different number:

“Including direct, indirect, and induced effects, the proposed Project would potentially support approximately 42,100 average annual jobs across the United States over a 1-to 2-year construction period…” 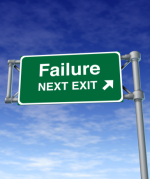 Next, let’s look at this in context of Obama’s record. This is the same President who has thrown away billions of our tax dollars on failed Green Energy schemes which were supposed to provide “green jobs” for our economy. Let me say that again: Obama spent OUR money on Green Energy businesses that are currently failing or have already failed.

In contrast, the Keystone XL pipeline is a project that is PRIVATELY funded and is virtually guaranteed to succeed.

Of those five, the last four have already filed for bankruptcy, and Brightsource is in serious financial trouble.

While there is an ongoing argument about the impact of the pipeline on gasoline prices, that it will make us more energy secure is incontrovertible. Add that to the much-needed jobs for (and from) the private sector, and this should be the easiest approval of Obama’s tenure.

The American people have already figured this out, by the way:

The latest United Technologies/National Journal Congressional Connection Poll finds that more than two-thirds of respondents, 67 percent, …support building the pipeline to carry Canadian oil to refineries on the U.S. Gulf Coast; that includes 56 percent of Democrats.

Less than a quarter of Americans, 24 percent, oppose the project, the poll shows.

One might think that a President who just made a big deal (again) about wanting to refocus on the economy and jobs would embrace something which is so widely popular and which would actually HELP the country’s jobs numbers.

That he seems indifferent to both should tell us all we need to know about his actual priorities, as well as his intentions.