A CLASSIC Video: “Keynes vs Hayek”, plus the behind-the-scenes interview with the writers

I’ve wanted to do this post for at least a year.

And yet, some more pressing topic always seemed to push it onto the back-burner. But with President Obama’s running around the countryside, talking up his latest Economic Recovery plan (which I assume is a recovery from his PREVIOUS Economic Plans), this finally made its way to the front of the line.

But first we need to set the table a bit, so you’ll need to read this post from Erika over at HotAir.com. To give you a hint as to its overall tone, here’s just the first sentence which she includes from a letter by the editors of the Chattanooga Times Free Press:

Welcome to Chattanooga, one of hundreds of cities throughout this great nation struggling to succeed, in spite of your foolish policies that limit job creation, stifle economic growth and suffocate the entrepreneurial spirit. …

And they stopped with all the pleasantries after that. 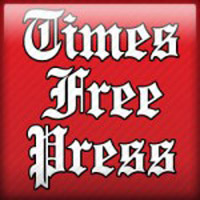 Now with that story in mind, below is one of my favorite educational videos ever: “The Fight Of The Century: Keynes v. Hayek“.

It’s from the guys behind Econ Stories, the brainchild of producers/writers/directors Russ Roberts and John Papola. Their finished products “starred” economists John Maynard Keynes and Frederick Hayek, as they debate and contrast their economic philosophies …by singing in a rap video.

The link to the first one is HERE. I’m not embedding it below out of personal preference, as much as anything. It’s quite well-written, clever and VERY informative, but the second one (below) simply blows it away. And even if you are not a “rap” person… and I’m most definitely not… the performances are great and every single lyric is meaningful.

What’s more, I defy you to get the chorus out of your head after even one complete listening.

I’m also including a link to the C-SPAN “behind the scenes”-ish interview. It gives all of the why’s, when’s, and how’s of the initial idea, and how it all came together. They also admit that they were doing everything they could to be fair to both economists, although they each are unapologetic Hayek fans and believers in Austrian economic theory.

It’s long but fascinating, and definitely shows that the video itself is even more clever than it appears on the first listen:

At the very least, this should spur some folks to pick up “The Road To Serfdom“. Of course, if more people had already been reading Hayek, maybe we wouldn’t be in the mess we’re presently in.