“The Left vs. our Military Chaplains”: Political Correctness is the new god of the State

A while back, we covered a statement from the Pentagon which confirmed that soldiers could be prosecuted for promoting their faith. This seemed to endanger the role of chaplains in military service, since reaching out to soldiers from a religious perspective is part and parcel of their vocation and their training.

A quote from the military site, Stars and Stripes:

What it comes down to, officials said, is that discussing matters of faith and religious practice with a willing audience is allowed, but pushing religious beliefs on those who don’t want to hear it is a form of harassment forbidden under Defense Department policies.

While I strongly disagree that having a man of the cloth reach out to a non-believer equates to “pushing” one’s religious beliefs, if that’s how the military wants it, so be it.

But the following article takes that decision …and basically beats military chaplains over the head with it.

The effort to create a chaplain for atheists and “humanists” has been building over the last several weeks. While the title might sound inherently contradictory, supporters say the point is to give atheists in the military someone who will pro-actively reach out to them and facilitate meetings.

Jason Torpy, president of the Military Association of Atheists and Free Thinkers, claims that 23 percent of those in the military ranks assert no religious preference. And he argues chaplains are not providing enough “positive outreach and support“ in the way “they do for all of those beliefs that aren’t their own.”

Now, wait just a cotton-pickin’ minute here!! You guys just got finished ordering the chaplains to make darn sure they weren’t “pushing their beliefs on others”. And now the argument goes that, because the chaplains are not out spreading the Gospel to non-believers, that’s somehow a failing on THEIR part?

Here’s the report from Bret Baier:

Are these folks kidding?  Because according to GoArmy.com, a Chaplain Candidate must “Be a full-time graduate student at an accredited seminary or theological school“. I’ve looked, and I can’t seem to locate an expressly atheistic seminary anywhere. Come to think of it, “atheistic seminary” may be one of the greatest oxymorons of all time.

Words mean things, or at least they used to. A belief in NO ONE and NOTHING can’t be a religion, since religion is the worship of SOMEONE or SOMETHING. Heck, even the RationalWIKI/Atheist page argues against that notion.

And as that page says, “If atheism is a religion, then “bald” is a hair color…”. 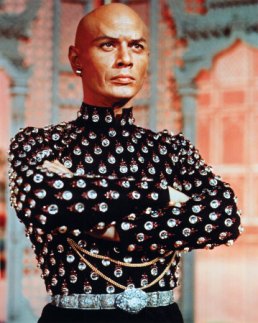 Now, if Yul Brynner said that “Bald is a Hair Color”, …well, that’d be different.

And this wasn’t the only Chaplain-related news of the week. From Breitbart.com:

Lt. Col. Kenneth Reyes is a Christian chaplain currently serving in the U.S. Air Force. Reyes recently wrote an essay entitled, “No Atheists in Foxholes: Chaplains Gave All in World War II.”  This common saying is attributed to a Catholic priest in World War II, made famous when President Dwight D. Eisenhower said during a 1954 speech: 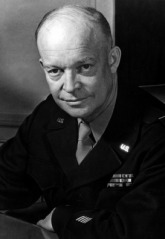 “I am delighted that our veterans are sponsoring a movement to increase our awareness of God in our daily lives. In battle, they learned a great truth that there are no atheists in the foxholes.”

MRFF’s letter says that by Reyes’s “use of the bigoted, religious supremacist phrase, ‘no atheists in foxholes,’ he defiles the dignity of service members.” They accuse him of violating military regulations.

As Allahpundit once asked: Am I awake?

Of course, the MRFF’s founder and president is none other than Mikey Weinstein. I refuse to link to his site, but please feel free to Google him yourself. Suffice to say, if you’ve wondered from where most of the recent anti-Christian sentiment in the military originates, it’s from Weinstein.

But the incident itself is ludicrous: an ordained clergyman’s duties are to provide religious instruction and spiritual counseling. This particular clergyman is a chaplain, who has a webpage to assist in him being able to communicate to his “flock”. Yet now he’s being told that he can’t even quote a former U.S. President because someone got their fatigues in a twist over what that former Commander-In-Chief said …sixty years ago?

What should the chaplain quote from in his column: “I’m OK; you’re OK“??!?

(…So many hippies read this book, you’ll get buzzed just walking PAST it…)

Which, I believe, is the endgame here.

Because it is now painfully obvious that the only “religion” that’s encouraged by our ever-more-intrusive federal government is the deification of Political Correctness.

“Have nothing to do with the fruitless deeds of darkness, but rather expose them.”

10 responses to ““The Left vs. our Military Chaplains”: Political Correctness is the new god of the State”