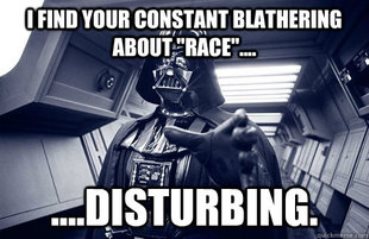 Scenario #1: a group of neatly dressed, black young men (approximately seventeen years of age) comes out of the local church as you walk towards your car. Several of them look you directly in the eye, smile warmly, and at least one says, “Good evening” to you.

I’d suggest that you’d likely choose option #3, in part or in full. The reason is simple: hoodlums usually don’t dress neatly, spend any appreciable time in a church (unless they’re vandalizing it), and they don’t greet strangers on the street respectfully.

Now, scenario #2: You are once again walking towards your car, when a group of white young men (of the same approximate age as in scenario #1) comes out of a nearby alley. They’re wearing do-rags and leather jackets. They are moving erratically. A couple of them are rather heavily tattooed; another is drinking from a bottle in a brown paper bag. And they all are staring at you like a kid stares at candy in the local Five-and-Dime: hungrily.

Again, I’m guessing #3 is the most normal response. 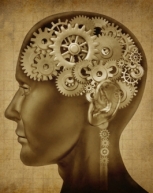 This is basic pattern recognition, and it doesn’t matter if you are White, Black, Hispanic, or from one of the “Border Planets” in Firefly. When you see anyone (and especially boys in their late teens/early twenties) acting in a suspicious manner, you behave accordingly.

So when the President says things like “There are very few African-American men who haven’t had the experience of walking across the street and hearing the locks click on the doors of cars…”, I’d submit that in ANY such case there are almost certainly other factors involved besides JUST their skin pigmentation, including their dress, behavior, location (!!), the way they carry themselves, time of day/night, eye contact (or lack thereof), facial expression, and a host of other clues that each of us processes instantly to help give us that all-important “friend-or-foe” warning.

Can someone’s race play a part in that warning? Sure, …in the right situation. Courtesy of the always brilliant Walter E. Williams:

In a number of cities, there have been complaints of racism because some taxicab drivers turn down black fares. By simply knowing that a driver refused a black passenger, we cannot make an unambiguous statement about whether the decision was motivated by racial preferences.

As early as 1999, D.C.’s taxicab commissioner Sandra Seegars, who is black, issued a safety advice statement urging the city’s mostly black cabbies to refuse to pick up “dangerous-looking” passengers. She described “dangerous-looking” as a “young black guy … with his … shirttail hanging down longer than his coat, baggy pants down below his underwear and unlaced tennis shoes.”

Would anyone argue that black cabbies who turn down black fares are racists? A law-abiding black person denied a taxi is rightfully angered, but to whom should his anger be directed: at the driver who’s trying to protect his life, or at the people who’ve instilled fear by robbing and assaulting cabbies?

As always, it’s a matter of context. But “Big Racism” constantly seeks to ignore ANY such context, and insists that you do the same. This is anti-intellectual at best, and potentially suicidal at worst.

We need to continue to identify the Race Peddlers (and their mind-numbed devotees) as exactly what they are: opportunists and charlatans, who seek to frame every confrontation, disagreement and policy debate as a matter of racial injustice …all for their own aggrandizement and power.

And while they have the Constitutional freedom to say whatever their hate-filled hearts desire, we thankfully have the freedom not to listen.