The Tyranny of Arbitrary Laws

Is the United States still the “Land Of The Free”? Well, most of us certainly go through our day believing we are.

Part of that belief is an assumption that, as long as we don’t try to do something wrong, illicit, or illegal, we won’t run afoul of the law. We also assume that if someone DOES blatantly break the law, they’ll be punished for it. Quickly and fairly, those people will be carted off to jail. 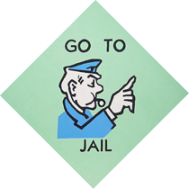 In years past both of those may have been safe assumptions, yet increasingly they’re no longer the case.

We’re seeing reports almost daily: from the incarceration of the 19-year-old young man who cracked a joke (in extremely bad taste, I agree, but still …just a joke) on Facebook, to the arrest of the 8th-grade kid who refused to remove his NRA t-shirt, to the non-arrest of David Gregory when he openly flouted the actual gun laws of Washington DC late last year.

When kids are threatened with jail for merely wearing clothes, and TV personalities are excused for breaking the law because prosecuting them “would not promote public safety…”, we’ve established two sets of laws:

Which means that, once again, we’ve just hurled ourselves headlong down the slope towards Tyranny. 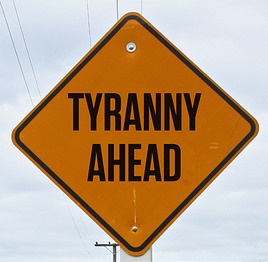 A new video was just released by Heritage.org (I’ve included it at the bottom of this post), and it covers this very subject: the complexity, combined with the sheer arbitrariness, of our laws today. And seemingly how, if the State wants to ‘get’ you, it can… and it will.

So for some background on today’s Little Shot of Horrors, picture yourself in the following scenario:

“…small-time inventor and entrepreneur Krister Evertson, (…) never had so much as a traffic ticket before he was run off the road near his mother’s home in Wasilla, Alaska, by SWAT-armored federal agents in large black SUVs training automatic weapons on him.

Evertson, who had been working on clean-energy fuel cells since he was in high school, had no idea what he’d done wrong. It turned out that when he legally sold some sodium (part of his fuel-cell materials) to raise cash, he forgot to put a federally mandated safety sticker on the UPS package he sent to the lawful purchaser.

Whoa!! He forgot a sticker?

Now, you may be thinking, “OK, the Feds screwed up, but I’m sure they rectified their mistake and apologized profusely, once they realized what a miscarriage of justice this was”.

More from the same article:

The good news is that a federal jury in Alaska acquitted Krister of all charges. The jurors saw through the charges and realized that Krister had done nothing wrong.

The bad news, however, is that the feds apparently had it in for Krister. Federal criminal law is so broad that it gave prosecutors a convenient vehicle to use to get their man.

Two years after arresting him, the feds brought an entirely new criminal prosecution against Krister on entirely new grounds. They used the fact that before Krister moved back to Wasilla to care for his 80-year-old mother, he had safely and securely stored all of his fuel-cell materials in Salmon, Idaho.

According to the government, when Krister was in jail in Alaska due to the first unjust charges, he had “abandoned” his fuel-cell materials in Idaho.

Unfortunately for Krister, federal lawmakers had included in the Resource Conservation and Recovery Act (RCRA) a provision making it a crime to abandon “hazardous waste.” According to the trial judge, the law didn’t require prosecutors to prove that Krister had intended to abandon the materials (he hadn’t) or that they were waste at all — in reality, they were quite valuable and properly stored away for future use.

With such a broad law, the second jury didn’t have much of a choice, and it convicted him. He spent almost two years locked up with real criminals in a federal prison. 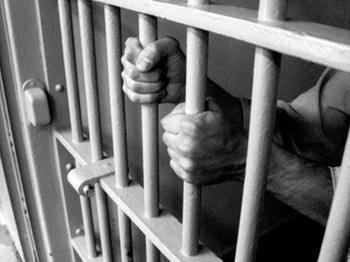 When Mark Steyn commented last year on a supposed bedrock principle of all free societies, he was warning all of us about the dangers of losing our Due Process rights, which grant us equality before the law:

“Laws either apply to all of us or none of us. If they apply only to some, they’re not laws but caprices – and All Tyranny is Capricious.”

That defines EXACTLY what we’ve seen in recent years. In addition to the example we just detailed, we also have the obvious Voter Intimidation case not pursued because Eric Holder refused to charge “his people”; the Federal Government’s fighting of the new Voter ID laws; the Fed’s startling lack of enforcement of their own Immigration Laws; the IRS targeting; the HHS Shakedown; the …. well, you get my drift.

So the next time you Pledge Allegiance to our Flag, or sing about this being the “Land Of The Free”, I’d ask that you remember what our founders endured to secure that very Freedom so many years ago.

And then realize that despite all their sacrifices, and the sacrifices of subsequent generations, our being “Free” can (and will) be stripped away from us in an instant… if we allow it to happen.

30 responses to “The Tyranny of Arbitrary Laws”