Two short videos on WHY the #Benghazi, #IRS, and #AP/Fox News scandals matter…

We’ve had so much press recently on the raft of scandals emanating from the White House, it can get overwhelming. And sometimes we need to remind ourselves what’s really at stake here.

It’s not an effort to bring down this presidency. Given the damage that Obama has already caused our nation, I wouldn’t necessarily object to it…, but that’s not the point. Nor is it an effort to hamper Hillary Clinton’s possible viability for a presidential bid in 2016. And it’s not an “anti-government” fatwa by any stretch (I’m talking to you, Rachel Maddow…).

This is all about freedom. OUR freedom. 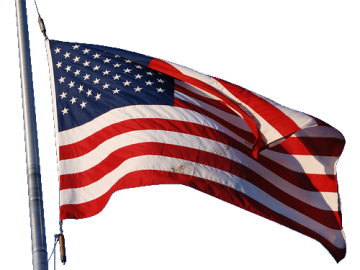 We live (for the time being, at least) in the freest nation on Earth. But if an administration, ANY administration, can conduct secret, illegal campaigns against political enemies, or attempt to silence the press; if they can seemingly ignore cries for help from our fighting men and women, instead of rushing to their aid; if they have the power to strong-arm businesses to “voluntarily” contribute to government “causes”… then we will no longer be the MOST free nation.

We won’t be free at all.

So with that in mind, here are two videos from just the past couple of weeks. Both are very brief but wonderfully done.

The first is courtesy of AceOfSpadesHQ and blogger DrewMTips.

In barely a minute, Drew manages to utterly destroy the President’s contention that we should blindly put our faith in Big Government:

The second clip is from Reason.TV and Nick Gillespie, as they again remind the general public of the importance of getting to the bottom of the Benghazi scandal. Nick also puts the lie to several Democrats’ recent claims that the questions of Benghazi have been answered and that continuing to pursue them is “a joke”:

We can’t lose sight of these events and what’s at stake, even with the pressures of our day-to-day lives and the inevitable distractions which are sure to follow. If we do, we’ll be equally culpable in the disaster which will follow.

5 responses to “Two short videos on WHY the #Benghazi, #IRS, and #AP/Fox News scandals matter…”