Now For Some GOOD News: Jesus Loves You Best 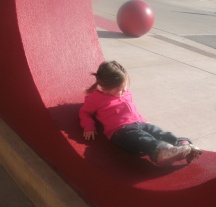 It’s been a depressing news week, as summed up by my brother yesterday. But a conversation with my granddaughter cheered me up considerably, so I thought I’d share it with you all.

We were singing songs before nap time…she has a long list of favorites to choose from, “Amazing Grace” topping the list right now.

Lucy loves that one. “That is my song, Mama,” she says. But today, she spontaneously burst into “…the Bible tells me so.”

Huh. I wonder when/if I ever said that to her, and in what context. “He loves you best, Lucy?”

“He loves you better than Mama?”

It wasn’t until later, down in the kitchen, that I realized what might have triggered that declaration–which sounded typically egocentric for a toddler… it illustrates the ambiguity of language as well as the amazing recall powers of a toddler’s brain.  I’m pretty sure the conversation went something like this:

“But do you know who loves you best of all?  God does.  Jesus does.”

Now I don’t think that conversation was very recent. But for some reason, it percolated to the top of her memory bank, and spilled out in a very confident assertion. I don’t know that she really understands it, but I pray she will some day.

Jesus loves ME better than Lucy loves me.

“God loved the world this way: He gave his only Son so that everyone who believes in him will not die but will have eternal life.”       John 3:16, God’s Word Translation 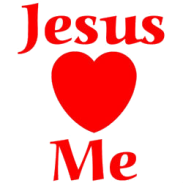 Who do you know–who have you EVER known?–who would give up his or her own life for another?  For a stranger?  For a wretched, sinful, thoroughly unlikable stranger?

That’s the love of God.  Except that we’re not strangers to God, even when He feels like a stranger to us.

Good news to start a new week. Thank you, Lucy.

4 responses to “Now For Some GOOD News: Jesus Loves You Best”