A Poem for Mother’s Day, from a great mother: Ruth Bell Graham

One of the mothers I admire most (other than my own dear departed, whom I wrote a bit about here) was Ruth Bell Graham. Her courage, devotion and persistent life-long faith are inspiring to me. She loved and prayed for a prodigal; her writing refreshes my hope for my own prodigals. Below is one of my favorite poems of hers.  I offer it to all praying mothers, in honor of Mother’s Day. May we all bow before the Infinite Wisdom.

Had she been another mother:

Had I been Joseph’s mother
I’d have prayed
protection from his brothers:
“God keep him safe;
he is so young,
so different from
the others.”
Mercifully she never knew
there would be slavery
and prison, too.

Had I been Moses’ mother
I’d have wept
to keep my little son;
praying she might forget
the babe drawn from the water
of the Nile,
had I not kept
him for her
nursing him the while?
Was he not mine
and she
but Pharaoh’s daughter?

Had I been Daniel’s mother
I should have pled
“Give victory!
This Babylonian horde –
godless and cruel –
don’t let them take him captive
– better dead,
Almighty Lord!”

Had I been Mary –
Oh, had I been she,
I would have cried
as never a mother cried,
“…Anything, O God,
anything …
but crucified!” 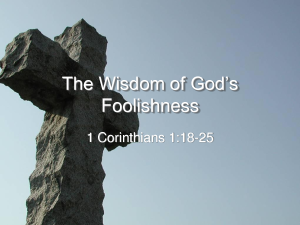 “ The message of the cross is foolish to those who are headed for destruction! But we who are being saved know it is the very power of God… This foolish plan of God is wiser than the wisest of human plans, and God’s weakness is stronger than the greatest of human strength.”

2 responses to “A Poem for Mother’s Day, from a great mother: Ruth Bell Graham”