“Diversity”, and other examples of Intolerance from the oh-so “Tolerant” Left

Since we are in the middle of yet ANOTHER illustration of this, courtesy of the New Diversity Enforcers, we’re re-linking this post from a couple years back.

It’s rather depressing to see just how little has changed since then, …and that what HAS changed, is worse.

Diversity has become a joke.

What I mean by that is that diversity, as defined by the Left, is a joke. That’s because the Left has defined Diversity to mean only superficial or physical differentiations: race, skin color, gender or sexual orientation.

Yes, that is a type of diversity, but then they take it one step beyond. These differences are then brought and held together by stereotypical assumptions about who such individuals are and what they believe, solely BECAUSE of their race, skin color, gender or sexual orientation.

Which is a patently ridiculous (not to mention racist, sexist, and intolerant) view of diversity.

Conservatives have been pointing this out since what feels like the Beginning of Time, but still they persist. As a result, we’re compelled to continually highlight the Left’s unintentional irony and hypocrisy.

So ANY woman who does not fall into line with the predetermined, stereotyped beliefs (which the Left just happens to hold) is not actually a woman, per MSNBC. The Party that created and ascribed the mythical “War on Women” to the Right, and railed against “Women in Binders”, are the ones who are altogether intolerant of any divergence of thought from females.

Sorry ’bout that, Ladies!! You’ve apparently just forfeited your right to be counted among official “womynses”, by virtue of not conforming to the Left’s designated ideology for your gender.

What if I inserted “should stay barefoot and pregnant” into Deutsch’s remarks, and removed the gun references? I’d wager that Deutsch and his colleagues would view such a statement, oh, …somewhat more harshly.

Along this same line of thinking, the NRA has been making Lefties’ heads spin recently by adding Colion Noir as their spokesman. Rather than give the Left’s view of Colion, I’d prefer to give Colion’s view of the Left:

How can you not just LOVE this guy?

I find it amusing that the very folks who are able to perceive racist “dog whistles” in the most benign statements from Conservatives, are also the very individuals who can’t see their own blatant racism.

My last and most recent example hasn’t received a whole lot of attention, and it needs to. Bill Richardson, longtime Democrat, former New Mexico governor and Clinton Energy Secretary, had this exchange over the weekend when discussing the recent attention Senator Ted Cruz has gained as a Conservative Republican:

Catch that? “I don’t think he should be defined as a Hispanic…”, because Cruz doesn’t subscribe to the proper, “Hispanic”, view on Immigration.

Are you sensing a trend here?

The party of inclusion, of diversity, of recognizing and respecting differences…  consistently holds up as holy writ that if you do not accept your “appropriate”, preassigned belief of the liberal Democrat hive-mind, then you are no longer deserving to be recognized or respected for your differences.

By Refusing to be the Same, you are no longer considered Diverse. 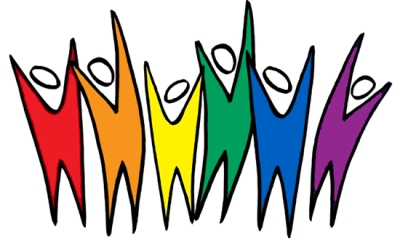 “We support Diversity by blindly accepting the same beliefs as everyone else!”

When I said originally that Diversity has become a Joke, I guess I should have added: “…and the joke is on US”.

27 responses to ““Diversity”, and other examples of Intolerance from the oh-so “Tolerant” Left”