10-year-old Boy Suspended/Isolated for 24 hours, after bringing Penknife with him on Camping trip

In what seems to be a daily march of idiocy in our public schools today, we have another child who has been turned into an Enemy of the State.

Courtesy of Todd Starnes over at FoxNewsRadio:

Tony Bandermann told Fox News that his son Braden was on a science camping trip with his class at Garden Gate Elementary School in Cupertino, Calif. 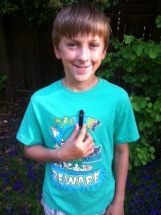 Bandermann, who was out-of-town on a business trip, said he received a telephone call from the school’s principal informing him that his son had violated the school’s weapons policy. The punishment, she told him, must be immediate and severe.

“She threatened to expel him,” he said. “She kept telling me, ‘you can’t bring a weapon to school.’ A Swiss Army Knife is a tool, not a weapon.”

Wait a sec: weren’t the kids on a camping trip? What is someone supposed to bring when you go camping: a curling iron?

Beyond that, the knife young Braden Brandermann had is the same kind that my sons owned when they were about 10 (or maybe even younger). It’s the one that you often see on a key chain, and usually has only a single tiny blade, a nail-file and a pair of scissors, plus a toothpick and tweezers. 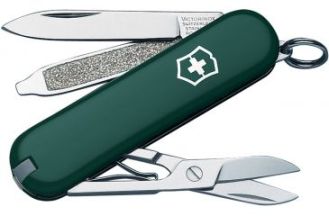 Okay, so the school sees the kid has this pint-sized weapon of war, and they decide to relieve him of it. Fine: I think it’s mind-numbingly stupid in light of the fact that they’re camping, but we can agree to disagree.

Yet it didn’t end there:

Since he was unable to pick up his son, the principal put the boy in 24-hour isolation at the camp – held in a teacher’s lounge where he was forced to eat and sleep in solitude.

“It was horrible in every way,” the father said. “The punishment was ridiculous.”

Huh? You take away the child’s inch-long pseudo-scimitar, and then drop him into solitary confinement? For an entire day? Does this seem to be just a tad excessive to anyone else but me?

According to Yahoo News, the boy’s father (who was 100 miles away on a business trip, remember) suggested to Hucko, by phone:

“…that perhaps someone could take away the knife and discipline his son once he was returned to the urban comfort of Silicon Valley.

However, Hucko would not negotiate.”

Was the 10-year-old boy going to exact some sort of revenge on the teachers? With what, his swimming trunks? What was principal Brandi Hucko thinking?

Well, she was thinking exactly what she’d been taught to think, and she’s looking to instill this Leftist, moronic claptrap in our generation’s children. Think about THAT when you bundle up Junior and send him off to school today.

These are the same types of public school employees who think that it’s just peachy-keen to make my child stand in front of class, “pretend they’re on a lesbian date,” and ask another girl for a kiss. Or, think that it’s just showing common prudence to arrest and strip search me when my 4-year-old draws a picture of a gun in school. Or even having my seventh-grader arrested, handcuffed, “perp walked” out of the school in front of her classmates, and taken to jail (yes, jail)…all for the high crime of doodling “I love my friends Abby and Faith…” on her desk.

Aren’t these supposed to be educators? What in the name of sweetness and light are they teaching our children?

Easy: they’re teaching them that the full power of the state will come crashing down on them for failure to adhere to every single syllable of whatever whim these teachers have. They’re teaching them that their perverted worldview is good and must be accepted in its entirety, and mine (if it happens to differ from theirs) is unadulterated evil, and will be punished as such.

You used to have to watch The Bridge on the River Kwai to see tactics like this. Not any more. 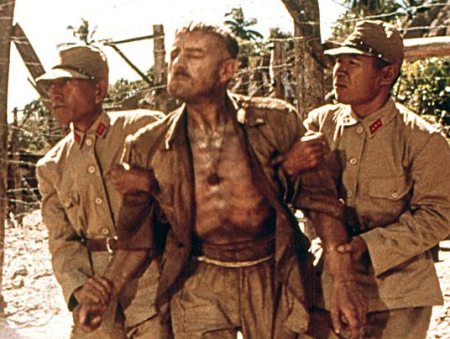 After 4 days in the “oven”, Alec Guinness regrets decision to bring his penknife to the POW camp…

As I have said so many times before, our schools aren’t teaching our children: they are inculcating them.

I was briefly heartened by this statement from Tony Bandermann, Braden’s dad:

I felt sorry for today’s kids.”

Yep, that sentiment is being shared by more and more parents nowadays, and for darn good reason.

Not every public school teacher is an idiot, obviously: some are wonderful, effective and deserve all the plaudits and praise we can muster. But as we’ve highlighted so many times before, those teachers have become a highly marginalized minority in today’s schools.

Even though we’re not (directly) paying tuition for our public schools, we most certainly are being made to “pay” for that education through our taxes.

But our kids are paying a far, far more severe price.

29 responses to “10-year-old Boy Suspended/Isolated for 24 hours, after bringing Penknife with him on Camping trip”