**NOTICE: this story has been updated for the final time, HERE…**

This story has gotten quite a bit of national attention in the past few days, thanks to the internet. This blog has certainly had an uptick in traffic because of JTR’s own blog post on the subject last week.

I was curious this morning, and since we’re enjoying yet another Spring snowstorm here in the Midwest, I had nothing better to do than hunt for new information on the incident.

This is what I found: the Daily Caller and Mediaite both carried stories this weekend with a revised statement from Florida Atlantic University(FAU). Apparently the exercise in question was not actually in the textbook, as previously reported, but was a suggestion in the teacher’s manual. Here’s the text of the exercise (emphasis mine), as reported in those blogs:

“This exercise is a bit sensitive, but really drives home the point that even though symbols are arbitrary, they take on very strong and emotional meanings. Have the students write the name JESUS in big letters on a piece of paper. Ask the students to stand up and put the paper on the floor in front of them with the name facing up. Ask the students to think about it for a moment. After a brief period of silence, instruct them to step on the paper. Most will hesitate. Ask why they can’t step on the paper. Discuss the importance of symbols in culture.”

A variety of religious symbols

OK, so now we have a clearer picture of the issue:  it was supposed to be an exercise in being sensitive to symbols (cultural and religious). If I’m understanding the exercise correctly, the teacher should have stopped the exercise as soon as (s)he saw hesitation in her students. The point of the exercise was to illustrate the potency of symbols, even those one may not personally value. I’ve seen a number of comments on this story from people who would not profess to be Christians, but still felt the exercise, as initially reported, was inappropriate.

And that’s what the exercise was supposed to illustrate.

In addition, both news sources reported that FAU (predictably) issued an apology:

“We sincerely apologize for any offense this has caused. Florida Atlantic University respects all religions and welcomes people of all faiths, backgrounds and beliefs…. Contrary to some media reports, no students were forced to take part in the exercise; the instructor told all of the students in the class that they could choose whether or not to participate….

While we do not comment on personnel matters, and while student privacy laws prevent us from commenting on any specific student at the University, we can confirm that no student has been expelled, suspended or disciplined by the University as a result of any activity that took place during this class…

This exercise will not be used again….”

But we still have a problem–several, actually. The student’s original statement and the teacher’s are obviously contradictory. Only one of them (if either) is true. That leaves me with questions:

When (if?) we ever DO find answers to these questions, we’ll be sure to let you know.

Stories of overt discrimination and indoctrination abound in today’s culture, and yet just as often the media doesn’t have all their facts straight. To that end, I appreciate that Mediaite reported in their original article that they’d sent an email to the textbook author, in order to verify that the exercise was actually in the book. They also promised to update their article, and they did.

Obviously, we here at Two Heads aren’t paid journalists: we’re an editorial blog, passing along newsworthy items that you might not have seen in the mainstream media. We’ll always strive to accurately represent anything on which we report or comment, and/or update accordingly.

Being answerable to a higher Source, we believe that ONLY 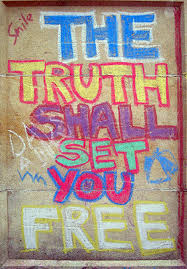