IRS problems have nothing to do with Budget Cuts…

Our Federal Government has now, officially, “jumped the shark” with this Sequester nonsense.

Just read a story in Politico which reported (with no sense of satire or sarcasm) that the potential budget cuts in the IRS:

“…will most likely translate to fewer specialists on hand to help taxpayers with their returns and to root out fraud — two tasks that watchdog groups say need more, not fewer, hands.”

This just shows how desperate the Obama White House has to be, if they’re willing to trot out the IRS as a reason not to endure the world’s tiniest budget cut (and yes, I know, it’s not even a real “cut”). 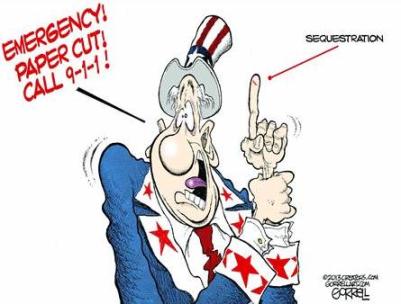 The Internal Revenue Service may be the least popular Government Agency in existence. This isn’t entirely their fault: “tax collector” has had a deservedly poor reputation since before the Bible went to press. But I still laughed out loud at the notion we’re supposed to be trembling with anxiety over the IRS’s dilemma. After all, if they really wanted to “root out fraud”, all they’d need to do is walk down the hall, considering how many folks in the White House (and throughout the Federal Government itself) owe back taxes.

Or hadn’t you heard? From Andrew Malcolm back in January of 2012:

A new report just out from the Internal Revenue Service reveals that 36 of President Obama’s executive office staff owe the country $833,970 in back taxes.

The IRS’ 2010 delinquent tax revelations come as part of a required annual agency report on federal employees’ tax compliance. Turns out, an awful lot of folks being paid by taxpayers are not paying their own income taxes.

The report finds that thousands of federal employees owe the country more than $3.4 billion in back taxes. That’s up 3% in the past year. 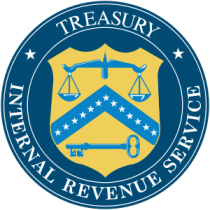 So the IRS mysteriously couldn’t even manage to locate the tax fraud occurring among Obama’s staff and other federal employees, but we’re supposed to be terrified that they won’t have sufficient personnel to “root out fraud” among the non-government proles?

Like they were doing a bang-up job to begin with?

As for the concern that they’ll have fewer specialists on hand to “help” taxpayers with their returns, that’s even funnier. By which I mean, “not funny at all”.

In the article itself they include the following:

Last year, more than 115 million people called the IRS for help; only 68 percent of those who wanted to speak with tax experts actually got through — and only after holding for an average of 17 minutes on phone lines.

One million of the 10 million written inquiries mailed to the IRS last year also did not get a response.

So let’s get this straight: even when fully staffed last year, only two-thirds of the folks in the country who called the IRS for help actually got through. Two-thirds?!? Yeah, that system is just top-notch! Almost 37 MILLION people couldn’t get the IRS …to answer their phone.

The only type of entity which could stay in business while providing such spectacularly pathetic customer service is one which has the power to fine or jail you.

Oh, and don’t forget about those 10 million folks who took the time to write a letter to the Internal Revenue Service, in the hope of getting some assistance with their tax return: a million of them didn’t get a response, either.

How could anything make these numbers demonstrably worse?

The IRS demands we pay our taxes, but seemingly can’t get their own act together sufficiently to answer phone calls or letters, when all we’re trying to do is figure out their arcane, labyrinthine system and give them our money so we don’t go to prison. Pardon me when I don’t cry over difficulties they may face with their long-overdue, miniscule “budget cuts”.

Our Government has become a sclerotic, hulking comedy-of-errors, and the IRS is just one of a thousand punchlines. And this was prior to their hiring another 16,500 new IRS agents to deal with Obamacare conformity.

Let’s face it: we don’t need to take a Sequester-size ‘scalpel’ to our Federal budget.

We need a guillotine.