However, he could just as easily been commenting on any deviant behavior which has become socially acceptable today–due in part to the incessant barrage of media portrayals of these behaviors as normal, and due in part to the demands of “politically correct speech” and our ingrained fear of seeming ‘judgmental’.

Example:  in  high school in the 1970s, I can only remember one girl getting pregnant–and subsequently leaving school. I graduated in 1980, so we’re not even talking about the early years of the decade.  The word ‘illegitimate’ was a real, shame-filled word.  Single mothers were uncommon, and one assumed they were embarrassed.

Our two sons are 2 and 4 years old. Next door to us live four generations: an elderly man, his middle-aged daughter, her 20-something daughter, and that girl’s two young daughters (the patriarch’s great-grandchildren).  We learn their names, chat with them, and have the little girls (a few years older than our boys) over to play.  Months go by.  One day it occurs to me–those little girls are illegitimate.

Now you need to know that nothing changed: not our friendship or my attitude towards them. But I was rattled…not by the situation, but by the fact that it had not seemed unusual to me.

If you’re over 40, you can probably think of several other social issues that were once shocking, nearly unthinkable…and which would have been strongly condemned by an unspoken but universal cultural more. If you’re under 40, you may have no idea what I’m talking about.

But rather than chase any other examples down a rabbit hole right now, let’s just stick with my example, which involved an extramarital sexual relationship. The Bible has words for this activity: it’s either fornication (unmarried sex) or adultery (sex when one or both parties are married, but not to each other). I recognize that these are words which may well need definitions today. Even to those who know their meanings, they may seem quaint and old-fashioned.

And there will be some knees jerking wildly, I’m sure, and some assumptions will be made instantly: that I would go back to the day of stonings and scarlet letters; that I am a ‘hater’ who wants to ring in a repressive, paternalistic, Old Testament theocracy like the bizarre landscape of Margaret Atwood’s The Handmaid’s Tale.

Odd, isn’t it? In a post-modern, nothing-is-objectively-true climate of “acceptance”…we still seem to think that everyone falls at one end of a spectrum of opinion or the other: either total approval, or total condemnation. If one expresses disapproval in any way, one is ‘intolerant’ and ‘closed-minded.’

Isn’t there ever a middle ground, even for Christians?  I think Jesus illustrated the middle ground of speaking the truth in love:

At dawn Jesus appeared again in the temple courts, where all the people gathered around him, and he sat down to teach them.  The teachers of the law and the Pharisees brought in a woman caught in adultery. They made her stand before the group  and said to Jesus, “Teacher, this woman was caught in the act of adultery.  In the Law Moses commanded us to stone such women. Now what do you say?”  They were using this question as a trap, in order to have a basis for accusing him.

But Jesus bent down and started to write on the ground with his finger.  When they kept on questioning him, he straightened up and said to them, “Let any one of you who is without sin be the first to throw a stone at her.”  Again he stooped down and wrote on the ground.

At this, those who heard began to go away one at a time, the older ones first, until only Jesus was left, with the woman still standing there.  Jesus straightened up and asked her, “Woman, where are they? Has no one condemned you?” 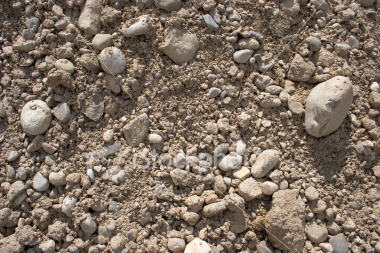 And offer instruction:  “Sin no more.”

I’m not saying that private citizens should unilaterally refuse to help people in need, nor that the Church should not offer help, at its discretion. But if we don’t ever speak out against certain destructive behaviors, are we not tacitly condoning them?

Our challenge as believers is to be both compassionate and uncompromising, to be both loving and truthful. It is not easy. We will still be misunderstood. But we might just make a difference, too.