I miss Andrew Klavan’s video versions of “Klavan on the Culture” on PJTV. 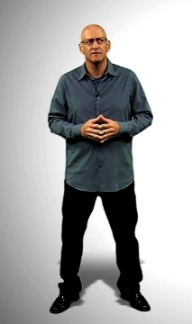 He still does the same material today on PJMedia.com, but now only in a column format rather than the clips. I dunno: whether it was his delivery style, his exaggerated exaggerations, or maybe his unusually wide stance…..

Whatever it was, those darn videos never failed to make me laugh.

So, I thought I’d share a recent post from his column that made me laugh…even though it also made me wish I’d written it. 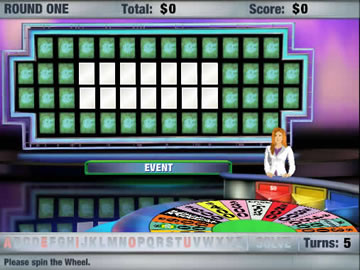 A new reality-style game show called The Job is coming to television on CBS this February. The network description says contestants will compete to win such positions as assistant manager at a restaurant group or editorial assistant with Cosmopolitan magazine.

Clearly, this is TV for the Obama era — an age in which the unemployment rate remains stubbornly high due to an unfortunate economic anomaly called Head-up-the-Kazoo Syndrome which causes a president to strangle the economy with a massive expansion of government while the media put their collective head up his kazoo.

In a Head-up-the-Obama-Kazoo economy, we can look forward to more television shows like The Job in which people are willing to scratch, claw, and publicly debase themselves in order to win those basic human necessities which would be readily available if we, you know, hadn’t re-elected the Kazoo guy.

Those of us who so enjoy the entertainment of human degradation can look forward to Obama Era shows like Meal or no Meal, in which contestants compete, form alliances, flirt, fight, and betray one another in order to win lunch. And I personally can’t wait for the American Idol spin-off Sing for Your Supper, in which the most talented young people in the country perform their hearts out for a crust of bread.

Other upcoming O-TV might include The Big Lie, in which wannabe journalists compete for a job at the New York Times by devising ever more absurd methods of blaming the stagnant economy on the Republicans. Columnist Paul Krugman could even be a panel judge on the show, as soon as the meds kick in and he’s released on his own recognizance.

The age of Obama could inspire a wide array of shows such as Who Wants to be A Thousandaire?,  America’s Got Disability Checks, Wheel of Oppression and The Biggest Loser, Namely Us.

All in all, I’d say the Obama years are promising to truly put the reality into reality TV.