FULL DISCLOSURE: I don’t regularly frequent gun shows. I’m not a gun “enthusiast”. I’m not even a hunter. The thought of going to the gun range doesn’t thrill me, either: I’d much prefer to watch a hockey game or read a book, quite honestly.

We each have inalienable rights which are enshrined in our Constitution. These aren’t “Congressional Gifts”, or “Things which our betters have decided to lend to us until further notice”: they’re rights, and they’re ours.

As a result, I’ve become more defensive than ever of this particular Amendment in the face of a recent, full-out assault on it. There’s been a veritable cavalcade of Gun Control stories in the last few weeks, as the Left attempts to sway the public to their side.

Here’s just a few which we’ve seen this year:

And just as important as what the Press is covering is what they HAVEN’T covered, …and apparently never cover. And by that I mean: any story which shows guns being used for self-defense, which is the whole reason the 2nd Amendment exits in the first place. 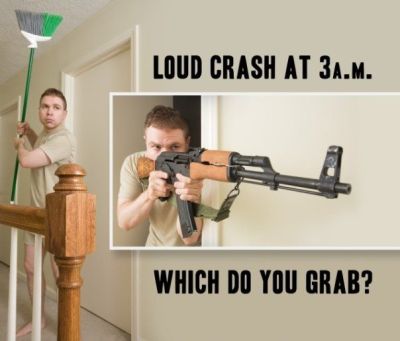 LOGANVILLE, GA — A woman hiding in her attic with children shot an intruder multiple times before fleeing to safety Friday.

The incident happened at a home on Henderson Ridge Lane in Loganville around 1 p.m. The woman was working in an upstairs office when she spotted a strange man outside a window, according to Walton County Sheriff Joe Chapman. He said she took her 9-year-old twins to a crawlspace before the man broke in using a crowbar.

But the man eventually found the family.

“The perpetrator opens that door. Of course, at that time he’s staring at her, her two children and a .38 revolver,” Chapman told Channel 2’s Kerry Kavanaugh.

The woman then shot him five times…

Deputies arrested 32-year-old Atlanta resident Paul Slater in connection with the crime. Chapman said they found him on the ground saying, “Help me. I’m close to dying.” Slater was taken to Gwinnett Medical Center for treatment.

Chapman said Slater was shot in the face and neck.

Wasn’t this on the CBS News this week? No? Hmmm, maybe NBC? Are you sure? That’s funny; I thought we were supposed to have a “national discussion” on guns. 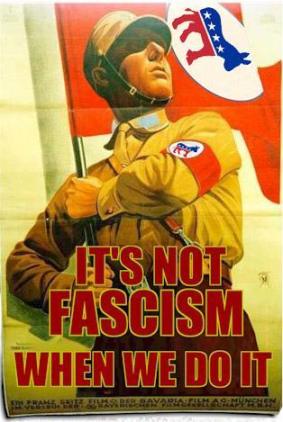 Okay, that previous example only happened this month and merely saved a lady and her kids. Not a big enough of a deal, I guess. But what about an older example? Even better: what if she’d saved a whole SCHOOL!? Hey, if that had ever, ever happened, we’d have heard of such an example by now, right?

I mean, “National Conversation” and all…

BLOUNTVILLE, TN —  Central dispatch received a call reporting a gunman in the school at 9:15 a.m. Save a student or two who were arriving late, and school principal Melanie Riden, the front entrance-way and hall were relatively empty.

According to Dr. Jubal Yennie, Sullivan County director of schools, entrances are locked at that time, and it’s unclear how Cowan made entry. Sheriff Anderson said Cowan was “irate,” and immediately pointed a .380-caliber, semi-automatic handgun at Riden’s head.

It allegedly held one round in the chamber and seven in the magazine.

A receptionist in the school’s adjacent office observed the confrontation, according to officials, and immediately alerted students and staff of a lock-down. Anderson says school resource officer Carolyn Gudger then entered the lobby area and drew her gun.

Gudger then pushed Principal Riden behind her and towards the nearby cafeteria, allowing her to escape to safety.

“There’s no doubt that Carolyn Gudger probably saved her life at that point,” Anderson said.

Gudger wasn’t a passer-by: she was the School Resource Officer (aka – ‘On-site Cop’), and she handled herself as the professional she was trained to be.

The result? Also as it should be:

According to police, two minutes had now passed since the initial call to 911. Patrolman Sam Matney and Leut. Steve Williams entered the school from different areas — converging on the science pod to join Gudger and Cowan’s standoff.

When ordered to drop his weapon, Cowan allegedly pointed his gun towards the new officers on scene. He then pointed it back at Gudger, according to Anderson, prompting the three officers to fire.

Now THAT is Gun Control. 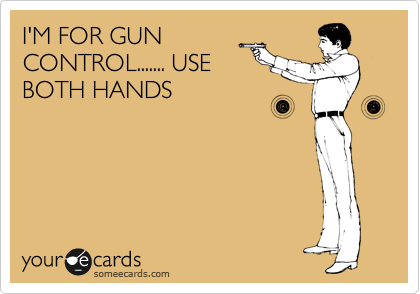 So let’s review: we have a mother who saves herself and her kids with HER gun, and a School Officer who manages to get everyone to safety (plus holds the crazy guy at bay until the reinforcements get there), with HER gun.

Not to mention that there are plenty of other, similar stories, too; we just don’t hear about them.

All of which prompts me to ask: could someone please tell me what QUESTION the Libs are asking, when they say “Guns are never the ANSWER?“