I know, I know…we’re nearly a week into the New Year. Enough with the “resolutions” already! We’ve abandoned our good intentions somewhere along the road, trod them all underfoot. (Where is this road going, anyway?)

But why is there such a strong reaction against the idea of a New Year’s Resolution? I recognize the fact that it’s a cliché–and it’s a cliché to assume that all such resolutions will be broken by lunchtime.

I get the feeling that folks who poo-poo the whole idea of such “life make-over” decisions are saying one of two things:

SO: either you’re perfect or completely spineless.  Neither one is very attractive.

To resolve, I was pondering today…what does that really mean?

Originally, it meant the same thing as to “solve”–to loosen or break into constituent parts, as one would a complex tangle of cords. It came to mean both solving a mathematical puzzle and holding firmly to something, at about the same time, 100 or so years later.  Using the word solve or resolve for figuring out a different kind of problem makes sense to me. ‘Holding firmly’–not so much. How did that meaning ever evolve?

I wonder whether it was because the prefix re– began to be commonly used to mean ‘again’ or ‘anew’ at about that time.How about this: since ‘to solve’ means to work out a puzzle…perhaps the ‘solution’ slipped away from you, and you had to do it again. You needed to keep a firmer grip on it–literally or figuratively, take your pick.

Let’s face it: we all know of areas in our lives that could be improved, habits we should take up–or break. And chances are, we’ve made some attempt in the past to make that change, and failed. 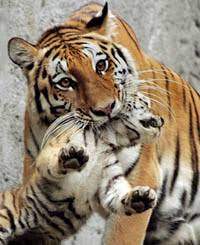 So there you are: a need for resolution, … a ‘more firm grasp’ on the situation, habit, etc…

A determination, a concentrated self-discipline which grabs the issue by the scruff of the neck and

Resolution not only sounds like a good idea for you and me,  it sounds like a smashing idea for our current government. Does anyone in Congress really understand ‘resolution’ any more?

14 responses to “More thoughts about resolutions”