Bullies on the Left

Do you remember a bully in your life? Do you also remember the first time you confronted him/her? Boy, I sure do…and I’m betting you do, too.

American culture has always celebrated the ‘little guy’ standing up to the bully. It’s been a common theme in stories, books, and movies ranging from A Christmas Story, to The Magnificent Seven, to The Ten Commandments. Such a fascination with rooting for the underdog isn’t difficult to trace: it’s part of our country’s fabric. The Revolutionary War itself was the ultimate story of standing up to the biggest bully around.

And now we’re seeing it with the incident up in Michigan the other night. 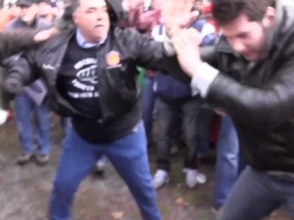 Just in case you think this is all a grand coincidence, please allow Mark Steyn to set you straight (via The Daily Caller):

“It is extremely valuable for people to understand that your guys mean it and you may want to play along because, otherwise, things are going to get very unpleasant for you. That is the message these guys are sending in Michigan. It’s basically the domestic version of what you see in the Arab Spring.

All of these protests against Morsi in Cairo were completely peaceful; then Muslim Brotherhood show up to protest and seven people die. There is always an advantage to the side that means it and to the side that is willing to apply the muscle. And that’s why I don’t think the unions are bothered about bad publicity over this at all.

They understand the people get the core message.”

If this is allowed to take hold, to actually become a lasting part of our national culture, THAT’s when we might as well make like the Von Trapp family and head for the proverbial mountains. Ask yourself: what is the only possible, eventual outcome? ‘Cause if history has taught us one thing, it’s that if one side can attack another with impunity, …it usually does.

And please, don’t even posit the possibility that President Populist (try to say THAT three times fast…) will ever say anything critical about this event. He’s turned a blind eye to each and every transgression of the Left, assiduously avoiding having his own Sister Souljah moment.

He reasoned long ago (correctly, it would seem) that he didn’t need one. 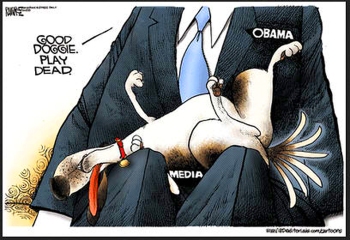 Now just for fun, imagine if the opposite had occurred. Think about how the Left would have responded if a Tea Party member, just one, had punched an MSNBC reporter. One word: “Armageddon”.

Would you have heard about it Monday night? And Tuesday? And every time thereafter when referring to the “incivility” of discourse today? 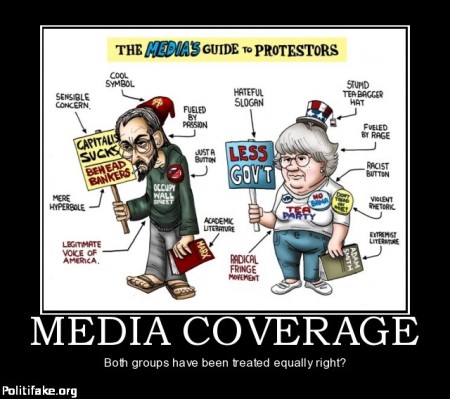 Go ahead: take it to the next step… There would be boycotts of every company/organization which supports the Tea Party. There would be long speeches on Capitol Hill being replayed hourly on the News. Democrats would be in their highest of dudgeons, and the networks would slavishly be covering Every. Single. Minute.

These aren’t exactly bold predictions. If anything, the last four years have shown us that the media is only too willing to do this Administration’s bidding, whenever and wherever possible. 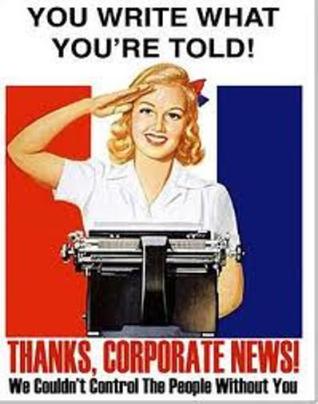 However, there is a small silver lining in all of this. The Right-to-Work law which is coming to Michigan (& which was the impetus behind the Crowder video) signals further erosion of Big Labor’s power, a very good thing indeed. Additionally, even Lefty sites such as Politico & the Daily Kos are now conceding that the Conservative blogosphere is becoming more relevant by the day.

But let’s not kid ourselves: we’re still the underdogs, and the Bullies on the Left are ascendant. Actually, the challenges our country will face over the next four years remind me of a movie which I should have included in my list at the start: Gladiator. Because in it, Marcus Aurelius is contemplating the very future of Rome itself when he says,

“There was once a dream that was Rome. You could only …whisper it. Anything more than a whisper and it would vanish, it was so fragile.

And I fear that it will not survive the winter.”

13 responses to “Bullies on the Left”