‘And Then There Were None’ …a Unique Strategy for Ending Abortion

There are a number of issues which divide American society right now, but probably none is so passionately contested on both sides as abortion.

In the battle for Life, there are many strategies:

But now there is an effort being made to reach into the abortion industry in a whole new way, by communicating directly with the abortion workers, many of whom are just as conflicted as anyone else on this issue.  And Then There Were None (ATTWN), which grew out of the 40 Days For Life ministry, was founded by former abortion clinic worker Abby Johnson, who left the industry in 2009.

ATTWN appeals to the consciences of these workers (overwhelmingly women), counselling and encouraging them in the sometimes difficult decision to quit their jobs in the industry.   Although only a little over a year old, ATTWN has helped 38 workers to leave the abortion business and secure other work.

I’m most impressed by the sensitive, non-exploitive approach followed by this organization.  On their FAQ page I found this statement:

Our goal is not to create new pro-life speakers.  The primary goal of ATTWN is to draw clinic workers out of the abortion industry and set them on a path to recovery.  Once a clinic worker has come to terms with what he or she has witnessed and participated in during the time working in the clinic (this can take months, years, or even decades), then they can make a rational, conscious decision whether to come forward and go public with their testimony…or they may decide to never go public with their story.

Once a road to recovery has been established, if a former worker desires to speak out, ATTWN will support them entirely (this includes legal support). However, ATTWN will never push or require a former worker to reveal their identity or come out with their story publicly.  Do not break confidentiality of former workers.

Want to be MORE impressed?  Here is a list of what they seek to provide to a worker who leaves her job in the abortion industry: 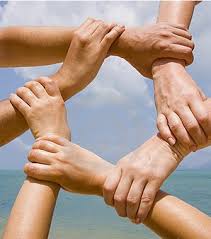 Wow!  Financial, emotional, spiritual and legal support?!  That’s comprehensive, you’ll have to agree. And they do this completely through donations.

I cannot find any indication on their website that they’ve secured 501(c) 3 status, so I don’t know whether your donation is tax-deductible.  Their donation page is powered by a company called EGiving, which appears legitimate.  I am not endorsing either ATTWN or EGiving, since I have had no personal contact with them.

Quixotic? Yes.  But only if no one jumps on board with their vision.

Give them a look.

This entry was posted in abortion, Christian and tagged Abby Johnson, abortion industry, And Then There Were None, antiabortion, new idea, prolife. Bookmark the permalink.