There has been almost NO coverage on the following topic. I’d say that I could explain it, short (well, short by MY standards) and sweet…but, there’s simply too much to it, and we all deserve to know the FULL story.

Usually, when you commit a crime and get caught, …there are consequences. This is straight out of ‘Social Contract 101’: YOU break the law; YOU pay the fine; YOU serve the time.

President Obama’s team has given the defense industry permission to not only break the law, but is telling them that even if they get fined for doing so, YOU, the American Taxpayer, will pick up the tab.

Only, in addition to this king-sized “freebie” for employers, there’s a much more sinister side to the issue.

Have you ever heard of the WARN Act?  Probably not, based on the absolute dearth of news reports on it. It is the “Worker Adjustment and Retraining Notification Act“, which requires employers with at least 100 employees to provide written notification to affected employees 60 days before ordering certain plant closings, or mass layoffs if they are reasonably foreseeable.  Makes sense, right?

“American workers who have committed themselves to their employers expect in return to be treated with a modicum of respect and fairness. Failing to give workers fair warning…ignores their need to prepare for the transition.…Many of these workers support families that are living from paycheck to paycheck, squeezed by the demands of rising health care costs, the declining value of their homes, and wages that have been stagnant for decades. It adds insult to injury to close a plant without warning employees.”

In that case, be prepared to be insulted.

Sequestration cuts are scheduled to hit on January 2, 2013, and will have a MASSIVE impact on the defense industry.  Consider just one player in that arena:  Lockheed.  Their CEO, Bob Stevens, says that THOUSANDS AND THOUSANDS of layoff notices would need to go out due to the cuts they’d have to make.

And, since they are well aware of the requirements under the WARN Act, those notices would have to go out to all affected employees by (drum roll, please…) November 2, 2012.

Hey, isn’t that just FOUR DAYS before the election?

Can’t you just see the following picture running in every major newspaper and on TV with the caption or byline that would read:  “Obama Greets Employees Who Will Lose Their Jobs Due To Sequestration”?

So, what is the Administration’s and his crew over at the OMB’s position on this?  Well, in a letter sent out by the OMB, they are advising these industries to NOT issue the layoff notices.  And, just in case they don’t, and Big Brother decides to fine them ANYWAY?

Don’t worry!!! The government will cover the cost of the fines. 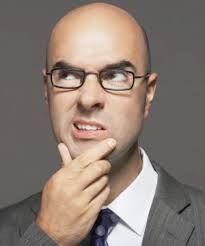 The penalties for violating the WARN Act include back pay for each employee for each day the company was in violation, and a FINE of $500 per day, per employee.
Ouch…

If you had 100,000 employees, that would mean that in addition to any back pay owed to them, the FINE would be $50 million.

I can only PRAY that every person reading this is as disgusted by it as I am.  First, you make a law, one that President Genius FULLY supports.  Then, at his and the White House’s insistence, you push through the sequestration measures that will GUT defense contractors on January 2nd, 2013.

Only when you realize that the notices required under YOUR LAW must go out 4 DAYS before the election, you not only tell those employers to violate the law, but take it a step further and tell them that  (just in case YOU have to fine them):  “Don’t worry, we’ll pay the fine for you.”

Last time I checked, that would be MY and YOUR money that’s getting spent.

In the interest of fairness, during the last presidential debate, Mr. Obama DID say that sequestration would not happen.  (Ok, all of you Lefties:  DON’T get too excited, yet)………Ya see, just a day or two AFTER the debate, he said that it would happen.
So, I guess we get to choose WHICH Obama we want to believe.

Based on his track record of broken promises, to me the choice appears fairly obviously.

This Administration has circumvented Congress, acted in defiance of the Supreme Court, acted against the wishes of the American people, and is NOW offering to PAY COMPANIES WHO VIOLATE THE LAW!

Heritage’s “Morning Bell” summed it up:

“But this is no joke. This is the ultimate abuse of the President’s executive authority: inducing federal contractors to violate a federal law and promising to use taxpayer funds to reimburse them for any resulting liability that they incur for violating that law.”

All for the sake of trying to save their own sorry, worthless hides.

On November 6th, demand that this madness end, and vote Obama’s whole crew out of office.