Posted on September 5, 2012 by justturnright | 8 Comments

“The only thing worse than being blind is having sight but no vision.”  -Helen Keller

I just heard about this article last night and ….I’m waaaay confused.

Here’s the scoop from the Sacramento Bee:

The U.S. Justice Department announced Wednesday that it and the National Federation of the Blind have reached a settlement with the Sacramento Public Library Authority to supply e-book readers for blind people.

The settlement resolves allegations that the library violated the Americans with Disabilities Act by using “inaccessible” Barnes & Noble Nook electronic readers in the library lending program.

The settlement agreement calls for the library not to acquire any more e-readers that exclude blind people, who need features such as text-to-speech functions or the ability to access menus through audio or touch options.

Before I comment on this, my lawyers have asked me to state for the record: “No one here has anything against anybody who is blind, deaf, mute, tall, short, red-haired, skinny, squinty, furry, or smells funny” (…ok, I may be fibbing about that last one).

This is an actual case (which was just settled), brought by the Department of freakin’ Justice about Kindles, Nooks and assorted E-Readers? Seriously? THIS is what they’re doing instead of “investigating” Fast And Furious? This is why they dropped the charges against the New Black Panther Party from the 2008 election? To allow them the time necessary to sue….the LIBRARY?

Adding to the dichotomy between what the DOJ should be doing and what they evidently are doing is: isn’t the Public Library, ..well, …Public? Meaning: aren’t they largely funded by our tax dollars? So isn’t this basically one arm of the government suing another one? And we’re on the hook to pay for ALL of it? You could almost say it’s inconceivable.

And another question: what if I’m blind AND deaf? A talking Kindle wouldn’t do ME any good then. In order to not discriminate against me at that point, the libraries (all of them, remember, not just some) would have to go purchase BRAILLE E-Books. Sure, they only exist conceptually right now, but why would that stop Big Daddy? It’s not as if the government has never set standards which are physically impossible before this.

I get that everyone should have reasonable access to everything. But the key word is “reasonable”. Everyone already has access to the libraries, for free, and every book within. Also, in most libraries they already have a plethora of services for the visually impaired. I will further posit that every single book in the library is likely not available on E-Readers. So what then? Should those books be taken off the shelves until they eventually make it into Nook, version 9.0?

The library was merely trying to add a new technology for their patrons, and they’re vilified for it. Next time someone questions how too much government stagnates innovation, you might want to bring up this example.

The EPA, DOJ, and virtually every other government agency seem to have a conspiratorial approach when dealing with the general population (and now even each other). I realize that “conspiratorial” may be too loaded a term for some folks, so you may substitute “totally-hive-minded” if you’d prefer.

I’ll ask you: do you think this was the biggest hot-button issue facing us today? Does every facet of our life need the government’s “wise intervention”? I don’t think I’m being hyperbolic when I say: Every time another government ‘edict’ is announced, it always seems to cost money. A LOT of money.

That’s probably just a coincidence, though. 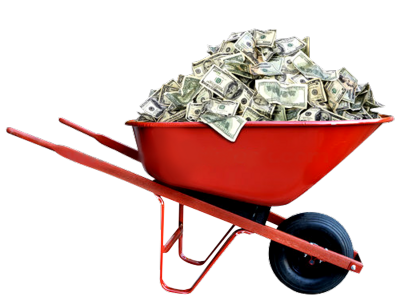 8 responses to “Eyes, but cannot See”