What they SAY vs. what they DO

Was listening to Mark Belling sub for Rush yesterday, and he mentioned an American Thinker piece which I found amazing. Let’s see if you agree.

By Jean-Claude Groulx at the American Thinker:

For all the bluster of Obama, pre- and post-2008, as well as that of Attorney General Eric Holder concerning the alleged criminal activities on Wall Street, there have been zero Wall Street prosecutions under Obama/Holder.  Compare that with his predecessors Bush and Clinton:

GAI [Government Accountability Institute] details how the George W. Bush and Bill Clinton administrations both actually took down financial criminals – unlike the Obama administration.  Between 2002 and 2008, for instance, GAI points out how a Bush administration task force “obtained over 1,300 corporate fraud convictions, including those of over 130 corporate vice presidents and over 200 CEOs and corporate presidents.”

“Clinton’s DOJ prosecuted over 1,800 S&L (savings and loans) executives, senior officials, and directors, and over 1,000 of them were sent to jail,” GAI adds.

But, despite having “promised more of the same,” especially in the wake of the 2008 financial crisis, the Obama administration’s DOJ has not brought criminal charges against a single major Wall Street executive.

The Bush and Clinton administrations’ track records on prosecuting white-collar crime, and the Obama administration’s failure to do so, Schweizer said, is “evidence that this has less to do with some sort of partisan or philosophical issue.”

Think about that: none. Not so much as a single TRY at convicting anyone. What does THAT tell you about who is guarding the hen-house? 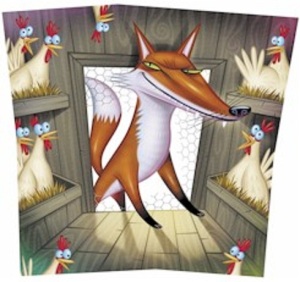 And after you have reached the fairly obvious conclusion, please allow Mr.  Groulx to confirm your suspicions:

And why the difference in prosecuting the law?  The GAI report reveals that the Department of Justice upper echelon is stacked with attorneys, including Eric Holder,  from law firms representing the very same companies involved in the financial meltdown of 2008, as well as financial corporations with questionable actions during the Obama administration…AIG, Goldman Sachs, Wells Fargo, J.P. Morgan Chase, Bank of America, CitiBank, Deutsche Bank, ING, Morgan Stanley, UBS, Wilmington Trust, and John Corzine’s MF Global.

These very same DoJ attorneys also happen to be some of Obama’s biggest bundlers for Obama’s 2008 bid for president.

“When we think of cronyism and the problems of cronyism and crony capitalism, we think in terms of economic loss and gain,” Schweizer said in a phone interview. “What we’re showing here is that cronyism is now permeating our justice system. So, it’s not just a question of dollars and cents, it’s a question of whether you’re going to face legal jeopardy or not on what you’re doing.”

This is classic misdirection. Accuse the other guy of doing what you yourself are doing. Obama constantly harps on Romney being the Wall Street guy who wants to steal your lunch money, and all the while he fills his administration with Wall Street guys and then shields them from any legal repercussions. With a complicit media and a totally gullible Occupy Movement at their disposal, it’s worked pretty darn well so far.

The Left is incredibly adept at this tactic, which is helped along by their Media boot-lickers. Their repeated cries of “racism” are another example of this ploy, and can literally be seen almost every day. Last night on MSNBC was just the most recent example:

See what I mean? Absolutely disgusting.

Since many on the Left view everything through the prism of race (and this Tourè guy is one of the worst), they merely have to point and say, “(X) is a Racist!” and the media dutifully scurries to (X) and asks, “(X), why are you racist??!”  Actually, I remember when (prior to his death) Breitbart took to Twitter and made up sarcastic headlines for a new “pretend” show starring Tourè which he called “That Broccoli Is Racist!”   Funny, funny stuff. Andrew loved to point out the ridiculous and make it a hundred times MORE ridiculous, in order for it to be seen more easily. And Tourè is, at the very least, ridiculous.

Whether we’re discussing race or Wall Street, the basic point can be summed up in the old phrase “Don’t listen to what someone SAYS; Look at what they DO“. And right now, what we see Obama and his flunkies “DOing” as far as Wall Street is concerned should have them either thrown in jail or, at least, thrown out of office.

As much as I’d enjoy the former, I’m willing to settle for the latter.

6 responses to “What they SAY vs. what they DO”